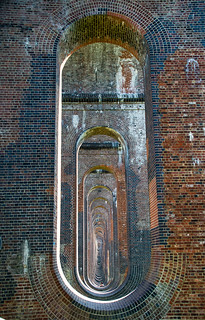 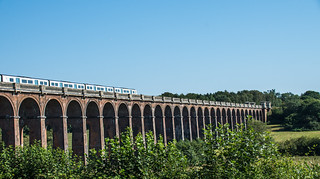 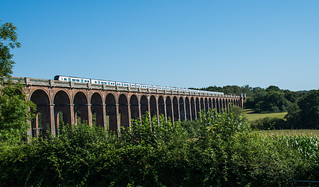 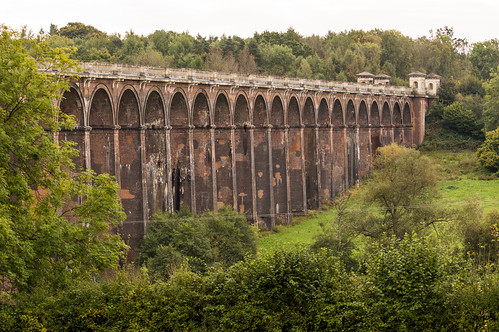 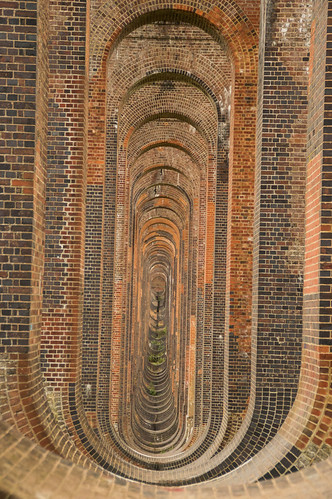 About the Ouse Valley Viaduct

The viaduct is 96 feet (29 m) high and is carried on 37 semi-circular arches, each of 30 feet, surmounted by balustrades. Each pier contains a Jack arch with a semi-circular soffit to reduce the number of bricks required.[3] At each end of the abutment is an ornamental square open tower, the brickwork of which is faced with stone from Heddon Quarries near Newcastle-upon-Tyne. The viaduct was designed by engineer for the line John Urpeth Rastrick in association with the architect of the London to Brighton railway, David Mocatta. It has been described as "probably the most elegant viaduct in Britain".

Work to build the ornate viaduct began shortly after an Act of Parliament was passed in July 1837 giving the London & Brighton Railway company assent to construct the line to the south coast. More than 11 million bricks were shipped across the English Channel from the Netherlands to Newhaven and Lewes. Caen stone was also brought from Normandy in France. Building materials were transported to the construction site on barges up the Ouse River Navigation.

The Brighton main line was opened in two sections because completion was delayed by the need to construct some major earthworks. The viaduct was officially opened when the section between Norwood Junction - Haywards Heath was opened on 12 July 1841. Initially there was only one track in operation. The second line along with the viaduct's ornate stone parapets and pavilions were not completed until the following year.

By 1846, the viaduct had become part of the London, Brighton and South Coast Railway. In 1923 it became part of the Southern Railway network until nationalisation of the Big Four (British railway companies) in 1948.