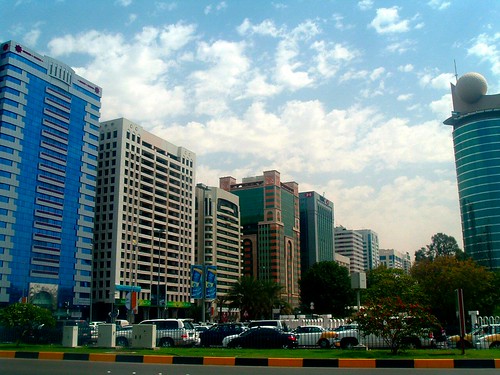 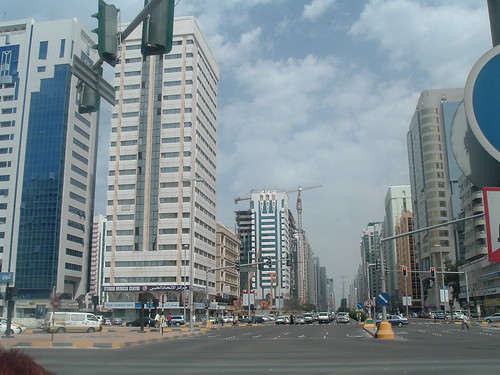 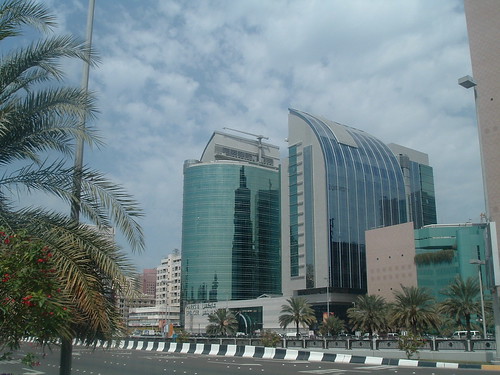 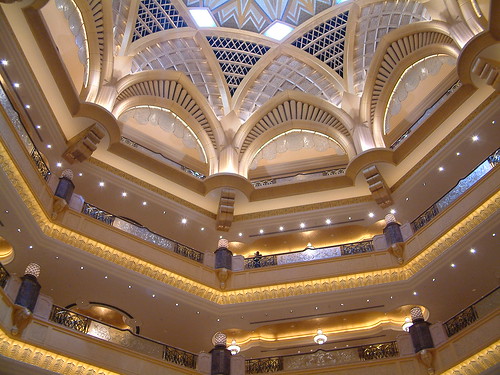 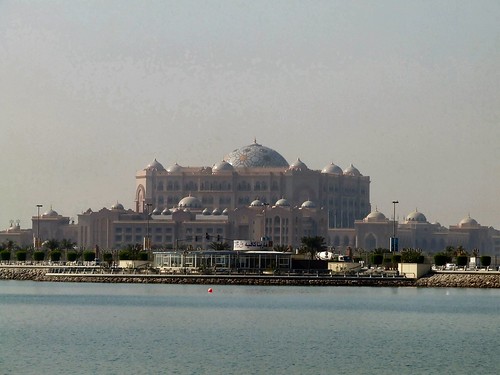 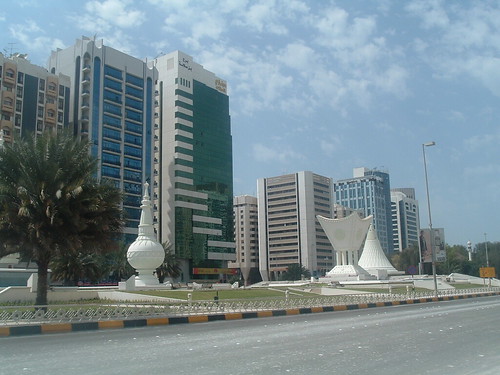 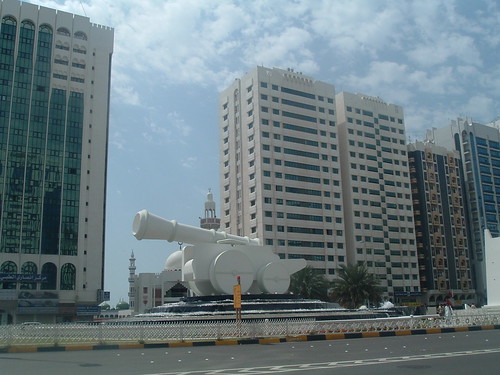 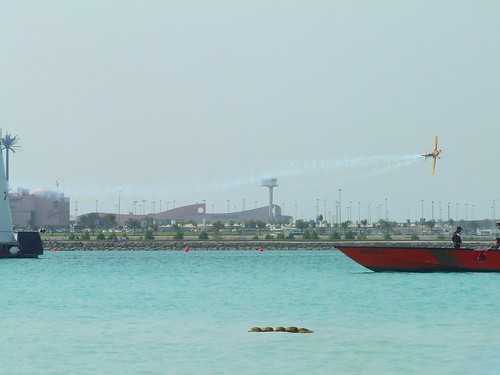 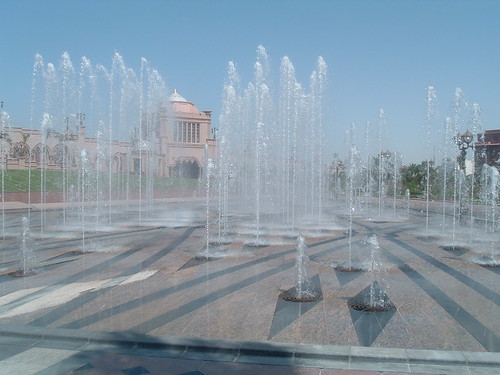 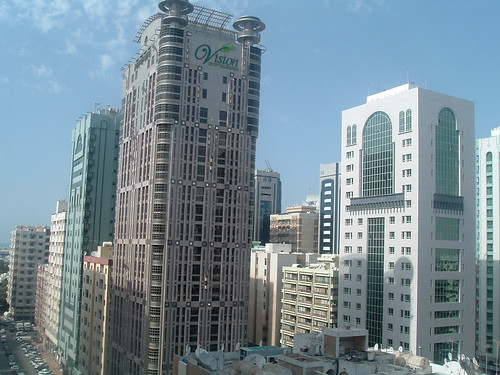 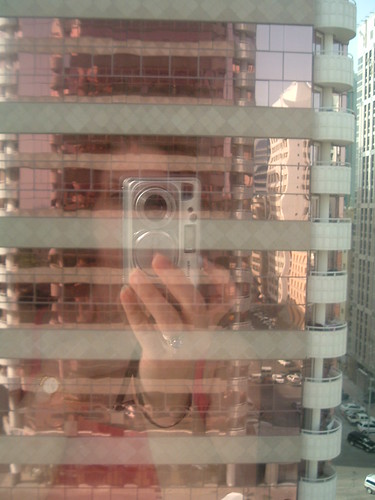 The city was planned under the guidance of Sheikh Zayed by Japanese architect Katsuhiko Takahashi in 1967 initially for a population of 40,000. The density of Abu Dhabi varies, with high employment density in the central area, high residential densities in central downtown and lower densities in the suburban districts. In the dense areas, most of the concentration is achieved with medium- and high-rise buildings. Abu Dhabi's skyscrapers such as the notable Burj Mohammed bin Rashid (World Trade Center Abu Dhabi), Etihad Towers, Abu Dhabi Investment Authority Tower,[38] the National Bank of Abu Dhabi headquarters, the Baynunah (Hilton Hotel) Tower. and the Etisalat headquarters are usually found in the financial districts of Abu Dhabi. Other notable modern buildings include the Aldar Headquarters, the first circular skyscraper in the middle east and the Emirates Palace with its design inspired by Arab heritage.