The motorway carries on over the Duoro on the high level bridge. There is a lower level bridge that we came across underneath it in the photograph above.

Looking in that direction there is nothing too inviting but the view down the river is something else entirely! 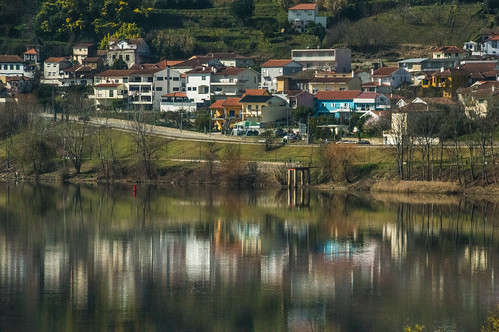 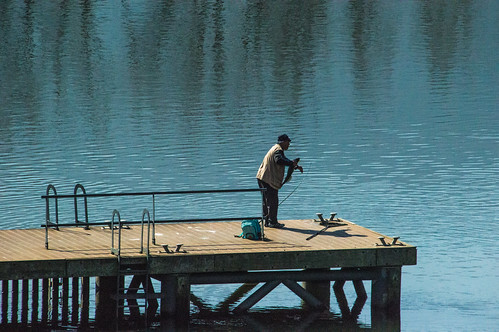 Up this street you will find the Museo do Douro - which is all about the history of Port wine. 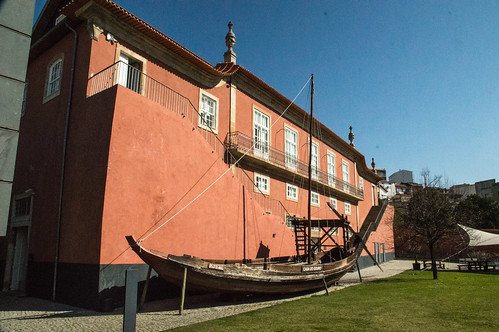 Peso da R?gua was inhabited by Roman and barbarian invasions during the early part of the settled history. Its name, as historians have suggested, developed from a few places: first, the name Vila Reggula a Roman estate that at one time existed near the historic centre; others suggest it originated from the word r?cua (the ships that plied the waters along the Douro); or derived the word reguengo (a designation for lands that were attributed to the monarchy). Peso da R?gua may also have its origin in the word regra (English: rule), alluding to the hereditary rights of descendents achieved through forals. This theory is based on the donated of lands by Counts Henrique and Hugo in 1093, which were transferred to Egas Moniz. It is likely that this rule gave origin to the word R?goa, and later R?gua. In relation to the first word, Peso, there are two opinions on its origin: the first, defends the it was derived from the place where the weighing of goods existed, or where taxes were levied; or, secondly, that the word was probably used to define the placed where animals were fed (Portuguese: pensado), or Penso.