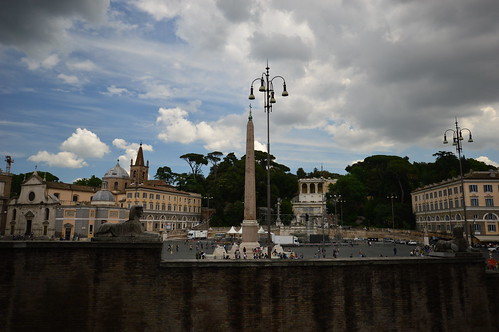 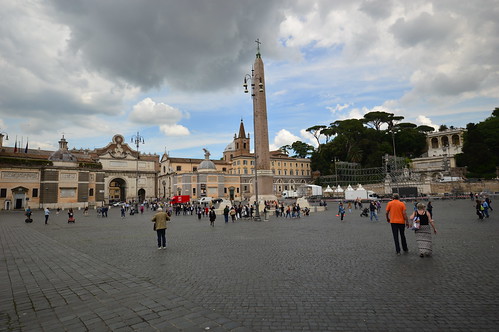 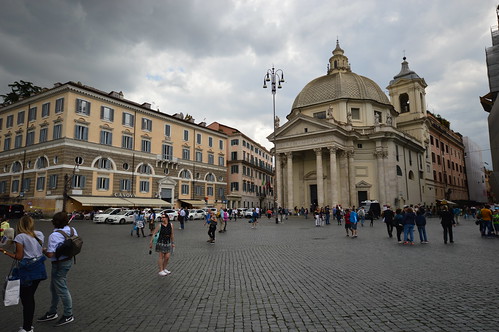 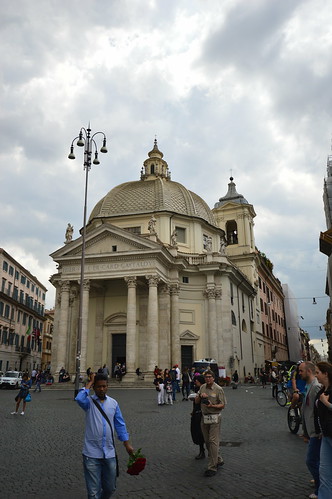 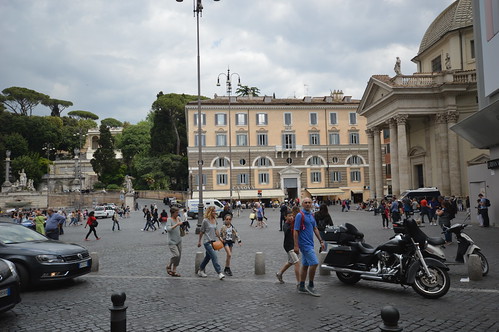 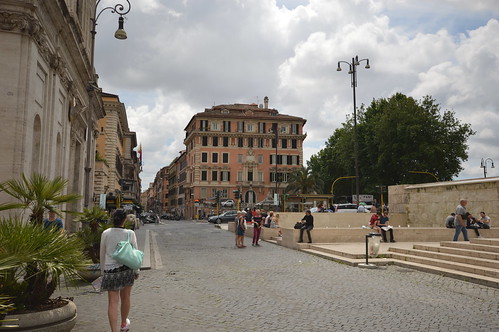 Piazza del Popolo is a large urban square in Rome. The name in modern Italian literally means "People's Square", but historically it derives from the poplars (populus in Latin, pioppo in Italian) after which the church of Santa Maria del Popolo, in the northeast corner of the piazza, takes its name.

The piazza lies inside the northern gate in the Aurelian Walls, once the Porta Flaminia of ancient Rome, and now called the Porta del Popolo. This was the starting point of the Via Flaminia, the road to Ariminum (modern-day Rimini) and the most important route to the north. At the same time, before the age of railroads, it was the traveller's first view of Rome upon arrival. For centuries, the Piazza del Popolo was a place for public executions, the last of which took place in 1826.

An Egyptian obelisk of Sety I (later erected by Rameses II) from Heliopolis stands in the centre of the Piazza. Three sides of the obelisk were carved during the reign of Sety I and the fourth side, under Rameses II. The obelisk, known as the Flaminio Obelisk or the Popolo Obelisk, is the second oldest and one of the tallest obelisks in Rome (some 24 m high, or 36 m including its plinth). The obelisk was brought to Rome in 10 BC by order of Augustus and originally set up in the Circus Maximus. It was re-erected here in the piazza by the architect-engineer Domenico Fontana in 1589 as part of the urban plan of Sixtus V. The piazza also formerly contained a central fountain, which was moved to the Piazza Nicosia in 1818, when fountains, in the form of Egyptian-style lions, were added around the base of the obelisk.