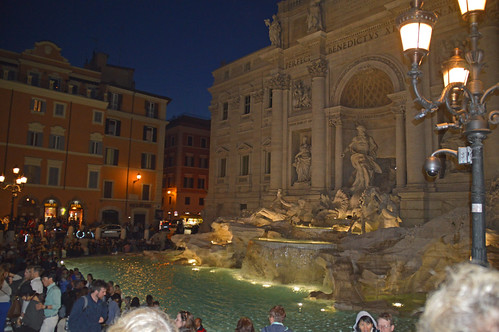 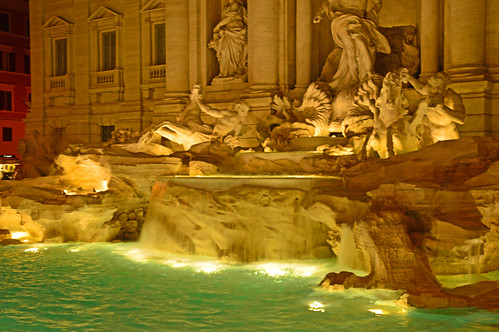 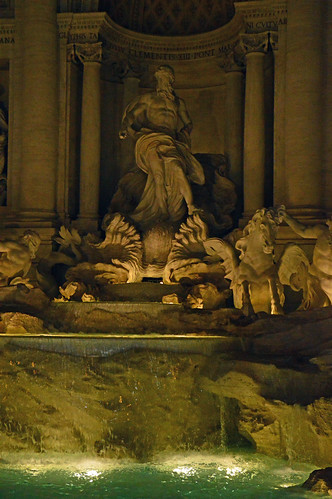 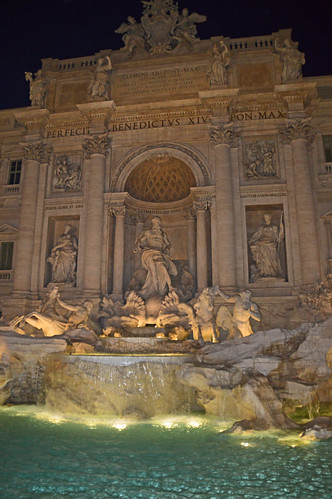 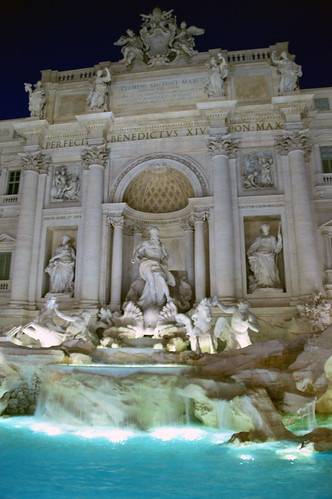 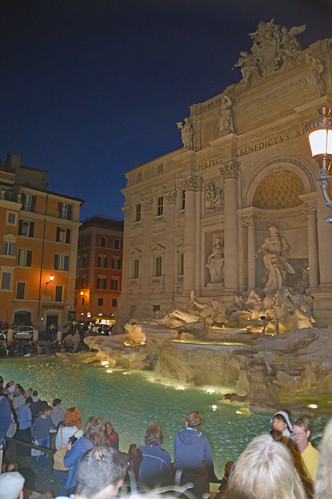 The Trevi Fountain is a fountain in the Trevi district in Rome, Italy, designed by Italian architect Nicola Salvi and completed by Pietro Bracci. Standing 26.3 metres (86 ft) high and 49.15 metres (161.3 ft) wide, it is the largest Baroque fountain in the city and one of the most famous fountains in the world. The fountain has appeared in several notable films, including Federico Fellini's La Dolce Vita, the eponymous Three Coins in the Fountain, and The Lizzie McGuire Movie.

In 1629 Pope Urban VIII, finding the earlier fountain insufficiently dramatic, asked Gian Lorenzo Bernini to sketch possible renovations, but the project was abandoned when the pope died. Though Bernini's project was never constructed, there are many Bernini touches in the fountain as it exists today. An early, influential model by Pietro da Cortona, preserved in the Albertina, Vienna, also exists, as do various early 18th century sketches, most unsigned, as well as a project attributed to Nicola Michetti one attributed to Ferdinando Fuga and a French design by Edme Bouchardon.

Competitions had become the rage during the Baroque era to design buildings, fountains and even the Spanish Steps. In 1730 Pope Clement XII organized a contest in which Nicola Salvi initially lost to Alessandro Galilei � but due to the outcry in Rome over the fact that a Florentine won, Salvi was awarded the commission anyway. Work began in 1732 and the fountain was completed in 1762, long after Salvi's death, when Pietro Bracci's Oceanus (god of all water) was set in the central niche

Salvi died in 1751 with his work half finished, but he had made sure a stubborn barber's unsightly sign would not spoil the ensemble, hiding it behind a sculpted vase, called by Romans the asso di coppe, the "Ace of Cups". The Fountain was finished in 1762 by Giuseppe Pannini, who substituted the present allegories for planned sculptures of Agrippa and "Trivia", the Roman virgin. It was officially opened and inaugurated on May 22 by Pope Clement XIII.

The majority of the piece is made from Travertine stone, quarried near Tivoli, about 35 kilometres (22 miles) east of Rome.