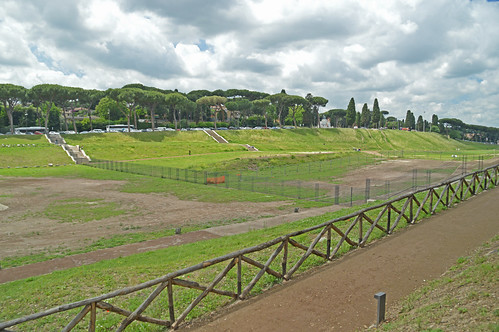 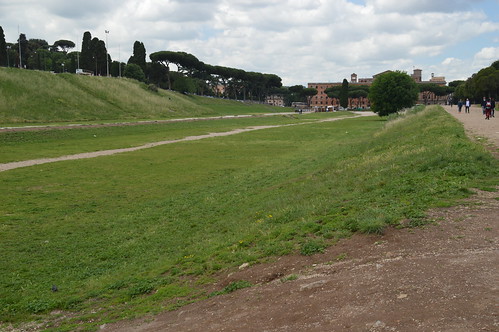 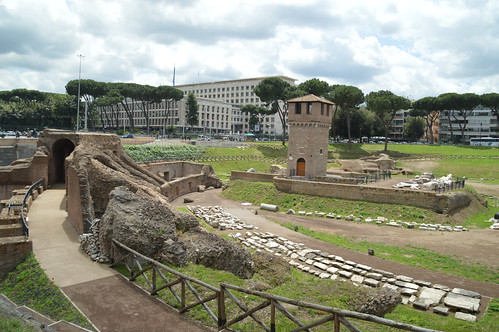 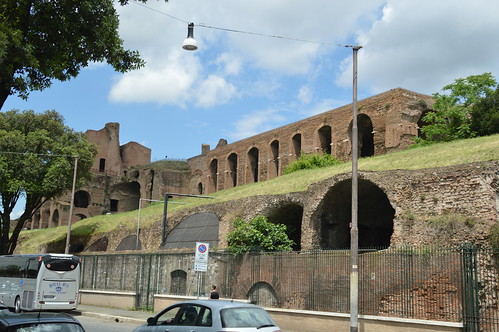 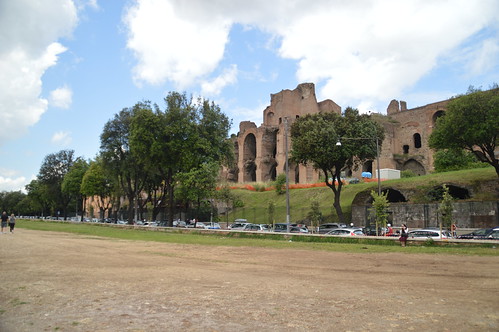 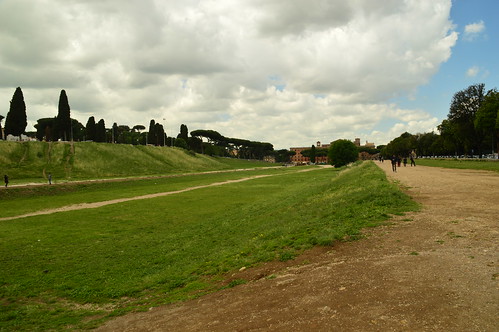 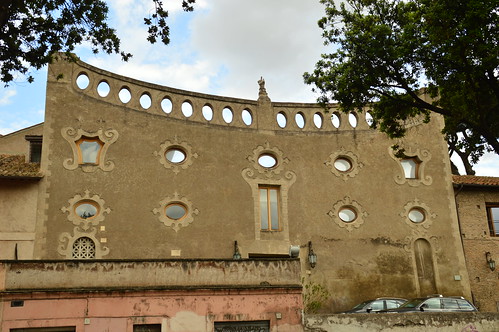 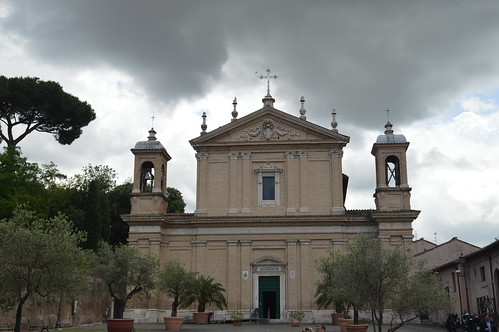 About the Circus Maximus

The Circus Maximus is the largest of the Roman hippodromes and one of the largest sports arenas ever built. A U-shaped structure with seats on three sides and a low wall running down the middle of the arena around which the chariots raced, it was rebuilt in the time of Julius Caesar (1st century BC) to seat an estimated 150,000 spectators. Enlarged by later emperors, it reached a maximum size under Constantine (4th century AD) of about 2,000 by 600 feet (610 by 190 metres), with a seating capacity of possibly 250,000, greater than that of any subsequent stadium. Nothing but the site, between the Palatine and Aventine hills, remains today.

Although chariot races were among the most popular sports spectacles of the Roman and Byzantine eras, as they had been in Greek times, the Romans of the republic and the early empire were quite selectively enthusiastic about Greek athletic contests. Emphasizing physical exercises for military preparedness, an important motive in all ancient civilizations, the Romans preferred boxing, wrestling, and hurling the javelin to running footraces and throwing the discus. The historian Livy wrote of Greek athletes’ appearing in Rome as early as 186 BCE; however, the contestants’ nudity shocked Roman moralists. The emperor Augustus instituted the Actian Games in 27 BCE to celebrate his victory over Antony and Cleopatra, and several of his successors began similar games, but it was not until the later empire, especially during the reign of Hadrian (117–138 CE), that many of the Roman elite developed an enthusiasm for Greek athletics.

Greater numbers flocked to the chariot races held in Rome’s Circus Maximus. They were watched by as many as 250,000 spectators, five times the number that crowded into the Colosseum to enjoy gladiatorial combat. Nevertheless, there is some evidence that the latter contests were actually more popular than the former. Indeed, the munera, which pitted man against man, and the venationes, which set men against animals, became popular even in the Greek-speaking Eastern Empire, which historians once thought immune from the lust for blood. The greater frequency of chariot races can be explained in part by the fact that they were relatively inexpensive compared with the enormous costs of gladiatorial combat. The editor who staged the games usually rented the gladiators from a lanista (the manager of a troupe of gladiators) and was required to reimburse him for losers executed in response to a “thumbs down” sign. Brutal as these combats were, many of the gladiators were free men who volunteered to fight, an obvious sign of intrinsic motivation. Indeed, imperial edicts were needed to discourage the aristocracy’s participation. During the reign of Nero (54–68), female gladiators were introduced into the arena.

The design of the Greek stadium was taken over and improved upon by the Romans, who built two types of stadiums: the circus and the amphitheatre. The circus was the Roman version of the hippodrome, a long, narrow, U-shaped structure designed for chariot races. The largest, and doubtless the finest ever built, was the Circus Maximus in Rome. In contrast to the circus, the amphitheatre, one of the most characteristic of all Roman buildings, was oval or round in plan and was completely enclosed on all sides. Intended for gladiatorial contests, in which the precise dimensions of the field were of slight importance, the amphitheatre was designed to afford maximum seating capacity and optimum visual facility for spectators. The giant amphitheatre built in Rome in the 1st century CE is known as the Colosseum. 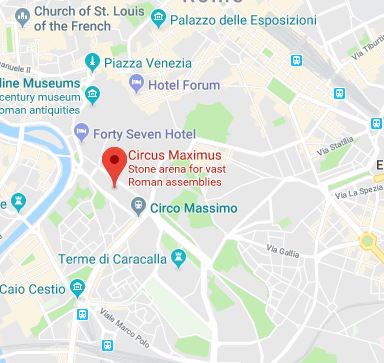