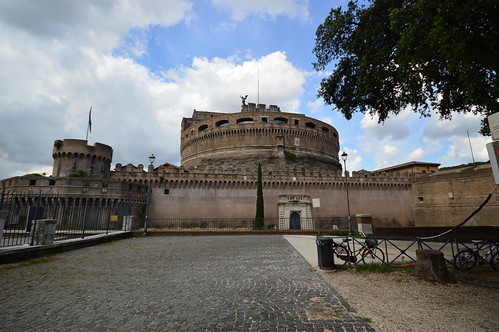 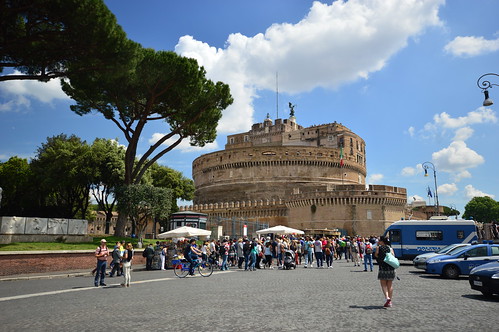 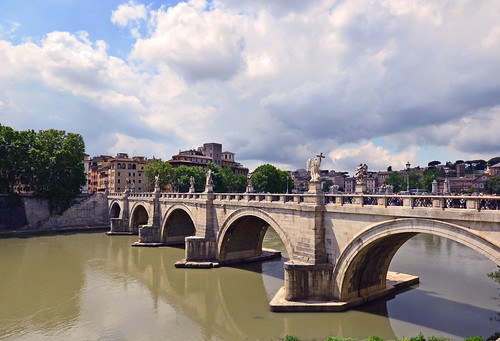 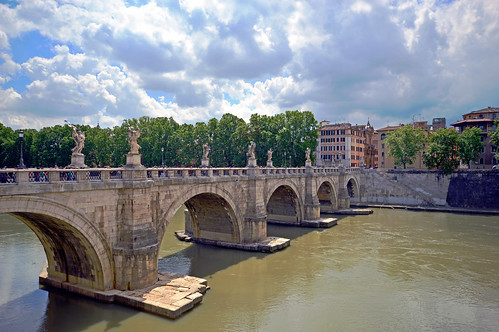 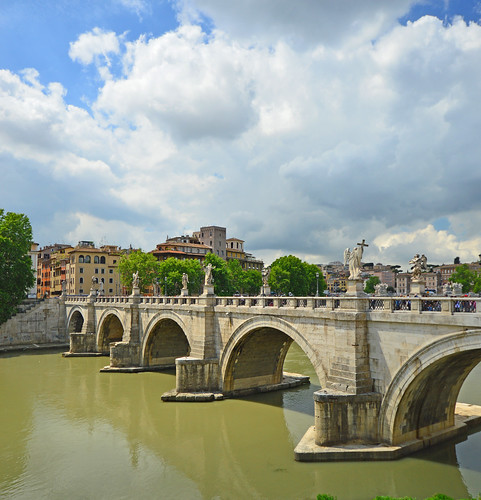 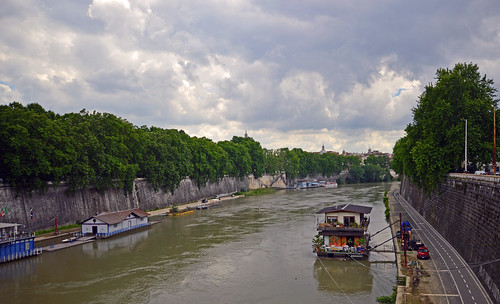 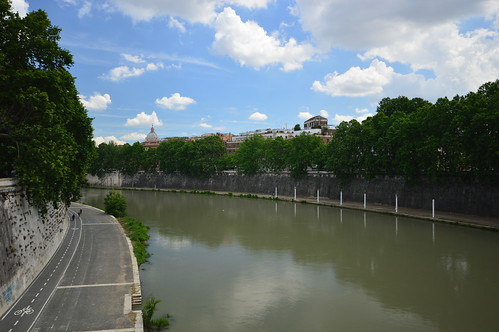 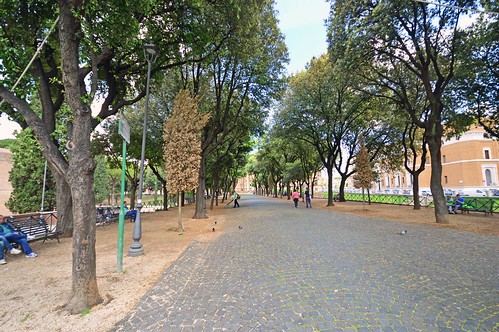 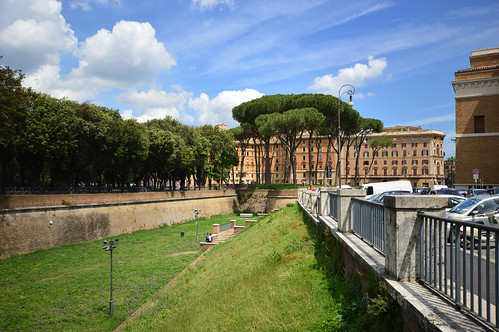 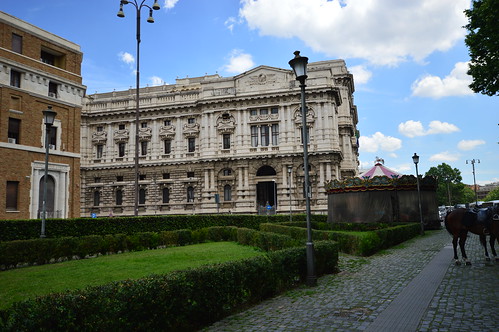 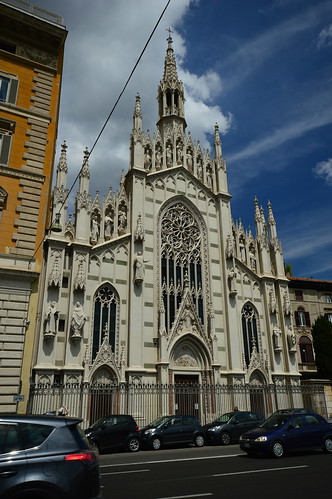 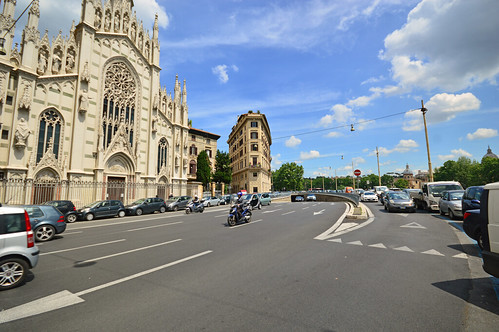 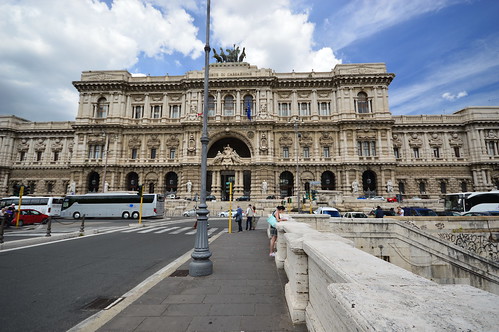 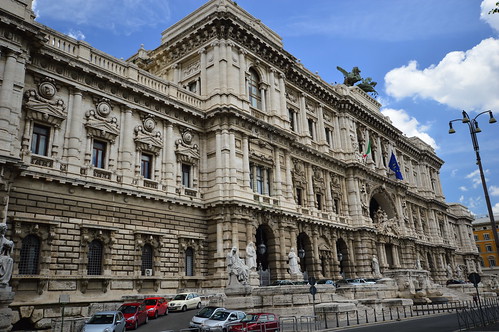 Sant’Angelo Bridge, Italian Ponte Sant’Angelo, ancient (Latin) Pons Aelius, ancient Roman bridge, probably the finest surviving in Rome itself, built over the Tiber by the emperor Hadrian (reigned 117–138 AD) to connect the Campus Martius with his mausoleum (later renamed Castel Sant’Angelo). The bridge was completed about AD 135. It consists of seven stone arches and five main spans of about 60 feet (18 m) each, supported on piers 24 feet (7 m) high.

Ponte Vittorio Emanuele II is a bridge in Rome constructed to designs of 1886 by the architect Ennio De Rossi. Construction was delayed, and it was not inaugurated until 1911. The bridge across the Tiber connects the historic centre of Rome (Corso Vittorio Emanuele, whose axis the bridge extends, and piazza Paoli at the bridgehead) with the rione Borgo and the Vatican City, close what is left of the ancient Pons Neronianus. The bridge commemorating Vittorio Emanuele II of Italy is carried in three arches spanning a distance of 108 metres. It is decorated at the ends with high socles carrying colossal bronze winged Victories and over each of the piers with massive allegorical travertine sculptural groups.

Castel Sant’Angelo, also called Hadrianeum or Sepulcrum Antoninorum, structure in Rome, Italy, that was originally the mausoleum of the Roman emperor Hadrian and became the burial place of the Antonine emperors until Caracalla. It was built in AD 135–139 and converted into a fortress in the 5th century. It stands on the right bank of the Tiber River and guards the Ponte Sant’Angelo, one of the principal ancient Roman bridges. In plan, the fort is a circle surrounded by a square; each corner of the square is protected by an individually designed barbican, or outwork, while the central circle is a lofty cylinder containing halls, chapels, apartments, courtyard, and prison cells.

In 590 Pope Gregory the Great, conducting a penitential procession to pray for the end of a plague, had a vision of the archangel Michael sheathing his sword over the castle, signifying the end of the plague; from that incident came the structure’s modern name and the marble statue of the archangel that surmounts the building. Throughout the Middle Ages the castle served as a refuge in times of trouble, especially for the popes, who could reach it from the Lateran through a protected passage. Clement VII took refuge there from the troops of the Holy Roman emperor Charles V during the sack of Rome in 1527. The papal apartments were substantially reconstructed for their residents, and they contain significant Renaissance decorative paintings; one lavishly decorated bedroom is attributed to Raphael. The popes used part of the castle as a prison, and eventually the building became a military barracks and prison. The military use ended in 1901, when the castle’s restoration was begun. Part of it is now a museum of military history.