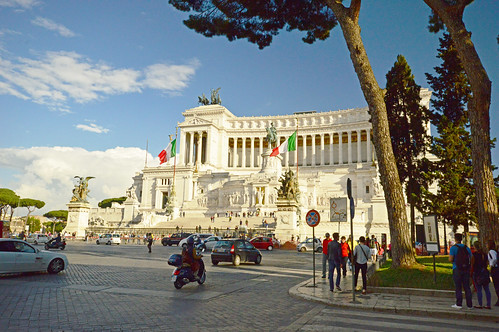 The 'Altar of the Fatherland' (Altare della Patria) is the largest national monument in Italy and it was inaugurated by King Vittorio Emanuele III during the 50th anniversary of the unification of Italy at the Universal Exhibition on June 4th 1911. The monument was originally designed to commemorate King Vittorio Emanuele II of Savoy. He was the first king of Italy and was known as the 'Gentleman King' and the 'Father of the Nation'. The monument is dedicated to him and with him the whole Risorgimento (the movement which led to the unification of Italy). For this reason it is often known as the 'Vittoriano'. 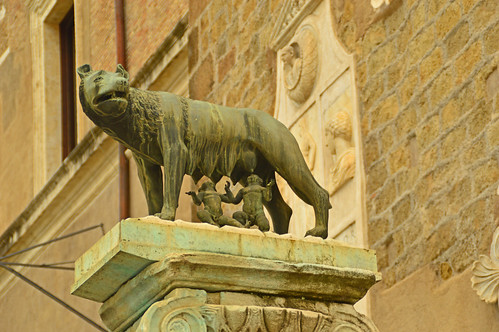 The Capitoline Wolf (Italian: Lupa Capitolina) is a bronze sculpture of the mythical she-wolf suckling the twins, Romulus and Remus, from the legend of the founding of Rome. When Numitor, grandfather of the twins, was overthrown by his brother Amulius, the usurper ordered them to be cast into the Tiber River. They were rescued by a she-wolf who cared for them until a herdsman, Faustulus, found and raised them. 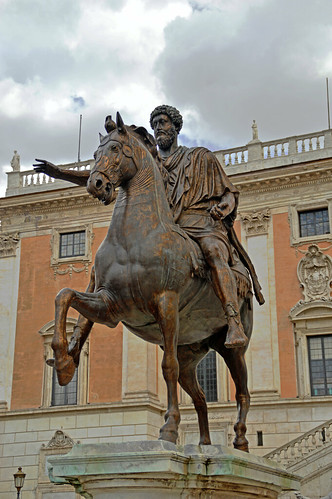 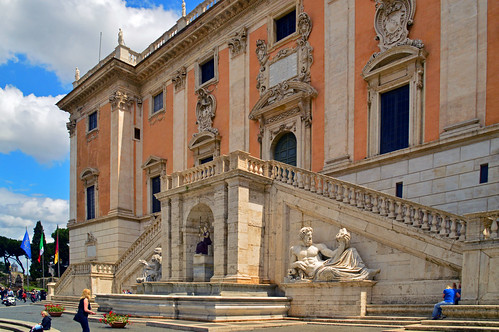 Built during the 13th and 14th centuries, the Palazzo Senatorio ("Senatorial Palace") stands atop the Tabularium, which had once housed the archives of ancient Rome. Peperino blocks from the Tabularium were re-used in the left side of the palace and a corner of the bell tower. It now houses the Roman city hall. Its double ramp of stairs was designed by Michelangelo. This double stairway to the palazzo replaced the old flight of steps and two-storied loggia, which had stood on the right side of the palace. The steps, beginning at the center of each wing, move gently upward until they reach the inner corner, level off and recede to the main surface of the facade. They then continue an unbroken stateliness toward each other, converging on the central doorway of the second storey. The fountain in front of the staircase features the river gods of the Tiber and the Nile as well as Dea Roma (Minerva). The upper part of the facade was designed by Michelangelo with colossal corinthian pilasters harmonizing with the two other buildings. 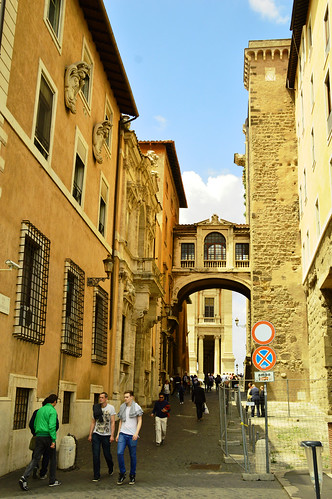 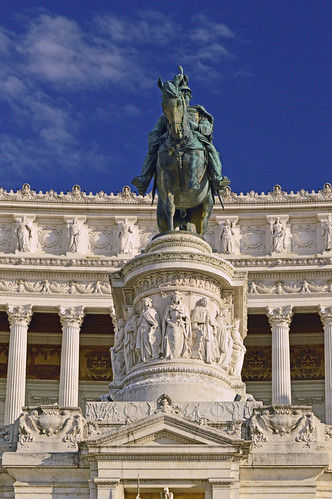 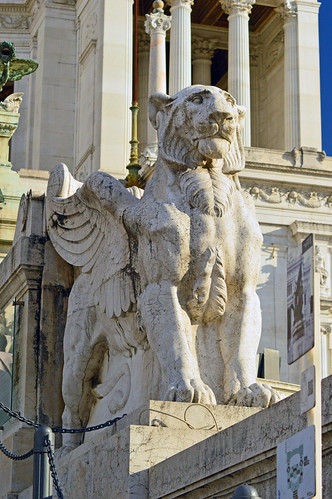 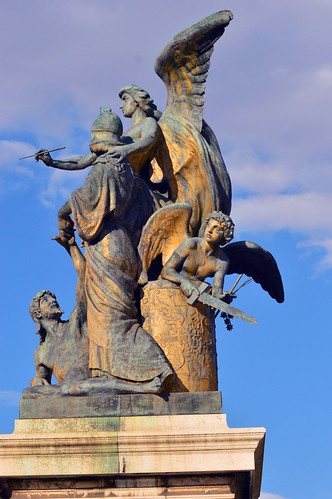 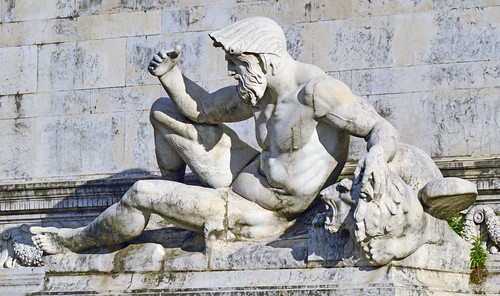 About The Capitoline Hill

The Capitoline Hill, between the Forum and the Campus Martius, is one of the Seven Hills of Rome.

The hill was earlier known as Mons Saturnius, dedicated to the god Saturn. The word Capitolium first meant the temple of Jupiter Optimus Maximus later built here, and afterwards it was used for the whole hill (and even other temples of Jupiter on other hills), thus Mons Capitolinus (the adjective noun of Capitolium). Ancient sources refer the name to caput ("head", "summit") and the tale was that, when laying the foundations for the temple, the head of a man was found, some sources even saying it was the head of some Tolus or Olus. The Capitolium was regarded by the Romans as indestructible, and was adopted as a symbol of eternity.

By the 16th century, Capitolinus had become Capitolino in Italian, and Capitolium Campidoglio. The Capitoline Hill contains few ancient ground-level ruins, as they are almost entirely covered up by Medieval and Renaissance palaces (now housing the Capitoline Museums) that surround a piazza, a significant urban plan designed by Michelangelo.

At this hill, the Sabines, creeping to the Citadel, were let in by the Roman maiden Tarpeia. For this treachery, Tarpeia was the first to be punished by being flung from a steep cliff overlooking the Roman Forum. This cliff was later named the Tarpeian Rock after the Vestal Virgin, and became a frequent execution site. The Sabines, who immigrated to Rome following the Rape of the Sabine Women, settled on the Capitoline. The Vulcanal (Shrine of Vulcan), an 8th-century BC sacred precinct, occupied much of the eastern lower slopes of the Capitoline, at the head of what would later become the Roman Forum. The summit was the site of a temple for the Capitoline Triad, started by Rome's fifth king, Tarquinius Priscus (r. 616−579 BC), and completed by the seventh and last king, Tarquinius Superbus (535−496 BC). It was considered one of the largest and the most beautiful temples in the city (although little now remains). The city legend starts with the recovery of a human skull (the word for head in Latin is caput) when foundation trenches were being dug for the Temple of Jupiter at Tarquin's order. Recent excavations on the Capitoline uncovered an early cemetery under the Temple of Jupiter.

The Tabularium, located underground beneath the piazza and hilltop, occupies a building of the same name built in the 1st century BC to hold Roman records of state. The Tabularium looks out from the rear onto the Roman Forum. The main attraction of the Tabularium, besides the structure itself, is the Temple of Veiovis. During the lengthy period of ancient Rome, the Capitoline Hill was the geographical and ceremonial center. However, by the Renaissance, the former center was an untidy conglomeration of dilapidated buildings and the site of executions of criminals. 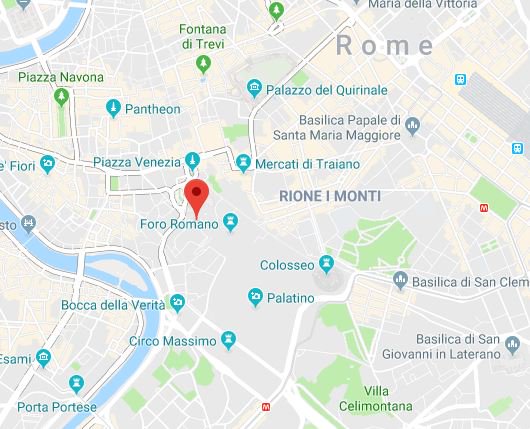