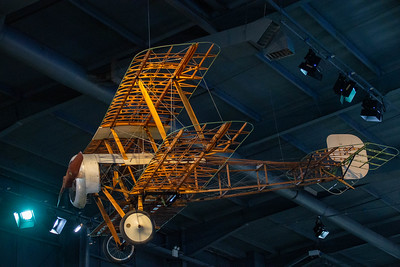 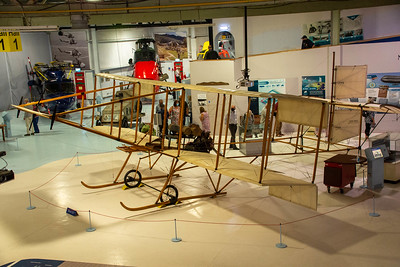 The Short S.27 and its derivative, the Short Improved S.27 (sometimes called the Short-Sommer biplane), were a series of early British aircraft built by Short Brothers. They were used by the Royal Navy and its first air arm, the Royal Naval Air Service (RNAS) for training the Royal Navy’s first pilots as well as for early naval aviation experiments. An Improved S.27 was used by C.R. Samson to make the first successful take-off from a moving ship on 9 May 1912. ww.gracesguide.co.uk 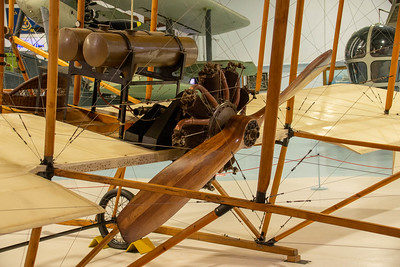 Air Commodore Charles Rumney Samson, CMG, DSO & Bar, AFC (8 July 1883 – 5 February 1931) was a British naval aviation pioneer. He was one of the first four officers selected for pilot training by the Royal Navy and was the first person to fly an aircraft from a moving ship. He also commanded the first British armoured vehicles used in combat. Transferring to the Royal Air Force on its creation in 1918, Samson held command of several groups in the immediate post-war period and the 1920s. n.wikipedia.org 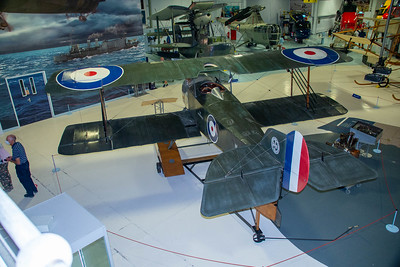 With Britain already committed to war, Sopwith Aviation developed a single-seat biplane floatplane which achieved first flight in September of 1915. The type was then adopted by the Royal Naval Air Service, the air arm of the mighty British fleet. Floatplanes held tremendous value in this period, able to provide over-the-horizon reconnoitering while presenting higher endurance than conventional land-based mounts. Some were launched from warships and recovered by cranes, their floats allowed for at-sea landings (and take-offs). Such aircraft could therefore be used in all sorts of maritime duties including scouting, assault and bombing. The Baby were fielded in all of these manners before her operational service life was to end. 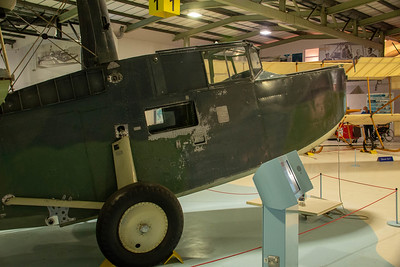 The Walrus made its maiden flight in 1933, the design effort having commenced as a private venture four years earlier. It shared its general configuration with that of the earlier Supermarine Seagull, and although having been designed to serve as a fleet spotter for catapult launching from cruisers or battleships, the aircraft was largely employed in other roles, notably as a maritime patrol aircraft and as a rescue aircraft for ditched aircrew. The Walrus featured numerous innovations for the period, being the first British squadron-service aircraft to incorporate in one airframe a fully retractable main undercarriage, completely enclosed crew accommodation and an all-metal fuselage.[2] Early-build aircraft featured the original metal hull design for its greater longevity in tropical conditions, while later-build examples instead used a wooden counterpart to conserve the use of light metal alloys. In December 1946 an agreement was signed between Westland Aircraft and Sikorsky to allow a British version of the S-51 to be manufactured under licence in the United Kingdom. These would be powered by the 500 hp Alvis Leonides radial engine. A modified version was also developed by Westland as the Westland Widgeon, but it was commercially unsuccessful.

The Dragonfly entered service with the Royal Navy in 1950 in the air-sea rescue role. A number were also used by the Royal Air Force for casualty evacuation. It was replaced in British service by the Westland Whirlwind, another derivative of a Sikorsky design, in the late 1950s. 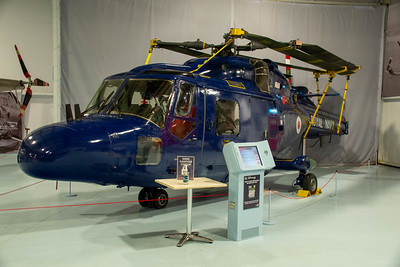 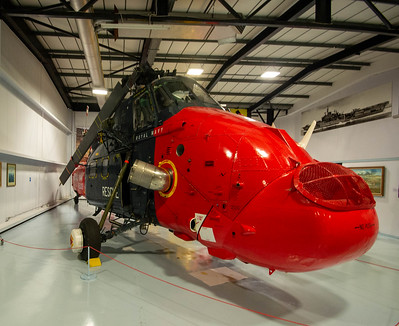 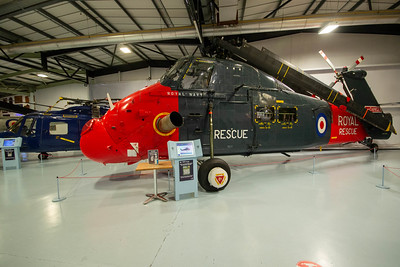 The Wessex was initially produced for the Royal Navy (RN) and later for the Royal Air Force (RAF); a limited number of civilian aircraft were also produced, as well as some export sales. The Wessex operated as an anti-submarine warfare and utility helicopter; it is perhaps best recognised for its use as a search and rescue (SAR) helicopter. The type entered operational service in 1961, and had a service life in excess of 40 years before being retired in Britain. en.wikipedia.org 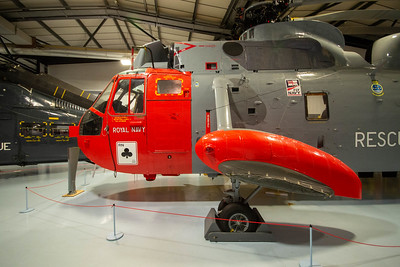 The Westland WS-61 Sea King is a British licence-built version of the American Sikorsky S-61 helicopter of the same name, built by Westland Helicopters. The aircraft differs considerably from the American version, with Rolls-Royce Gnome engines (derived from the US General Electric T58), British-made anti-submarine warfare systems and a fully computerised flight control system. The Sea King was primarily designed for performing anti-submarine warfare (ASW) missions. A Sea King variant was adapted by Westland as troop transport known as the Commando. en.wikipedia.org 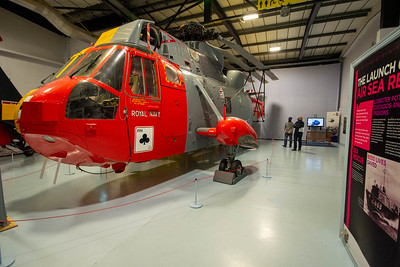 On 26 September 2018, the last remaining Sea King variant in Royal Navy service was retired. Most operators have replaced, or are planning to replace, the Sea King with more modern helicopters, such as the NHIndustries NH90 and the AgustaWestland AW101. HeliOperations continue to operate two Mk 5 Sea Kings, based at RNAS Portland, training Federal German Navy pilots.# en.wikipedia.org 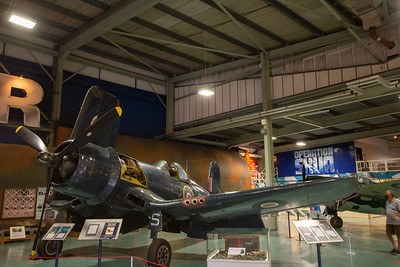 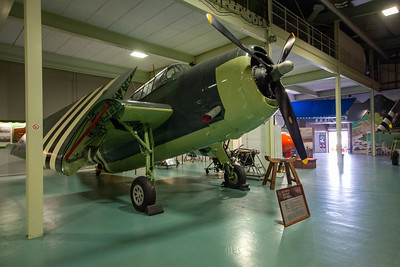 The Grumman TBF Avenger (designated TBM for aircraft manufactured by General Motors) is an American torpedo bomber developed initially for the United States Navy and Marine Corps, and eventually used by several air and naval aviation services around the world.

The Avenger was also used by the Royal Navy's Fleet Air Arm, where it was initially known as the "Tarpon". However, this name was later discontinued and the Avenger name used instead, as part of the process of the Fleet Air Arm universally adopting the U.S. Navy's names for American naval aircraft. 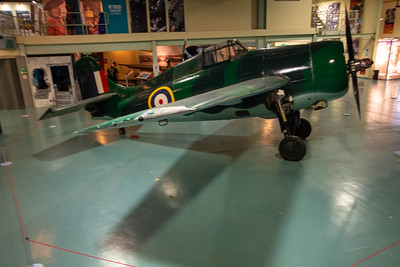 The Martlets were modified for British use by Blackburn, which continued to do this for all later marks. British gunsights, catapult spools and other items were installed. After attempts to fit British radio sets, it was decided to use the superior American equipment. The first Martlets entered British service in August 1940, with 804 Naval Air Squadron, stationed at Hatston in the Orkney Islands.
https://en.wikipedia.org The Martlet Mk I did not have a wing folding mechanism and was therefore used primarily from land bases, with the notable exception of six aircraft of 882 Sqn aboard Illustrious from March 1942.[48] In April 1942 Illustrious transferred two Martlet I aircraft to HMS Archer while in port at Freetown. One of her four retained Martlet I aircraft were subsequently fitted with folding wings by ship's staff during passage to Durban.
https://en.wikipedia.org 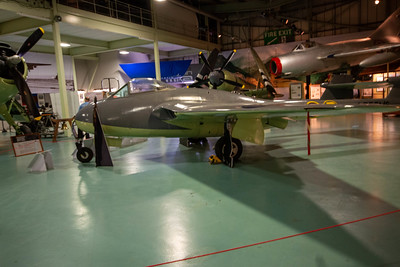 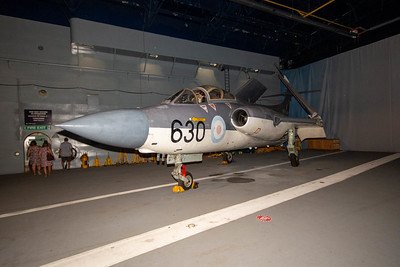 The Blackburn Buccaneer is a British carrier-capable attack aircraft designed in the 1950s for the Royal Navy (RN). Designed and initially produced by Blackburn Aircraft at Brough, it was later officially known as the Hawker Siddeley Buccaneer when Blackburn became a part of the Hawker Siddeley Group, but this name is rarely used.
en.wikipedia.org 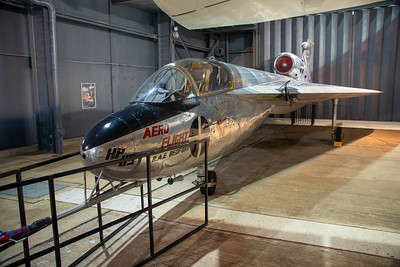 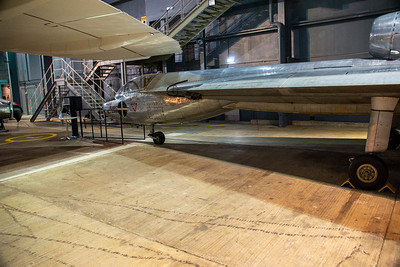 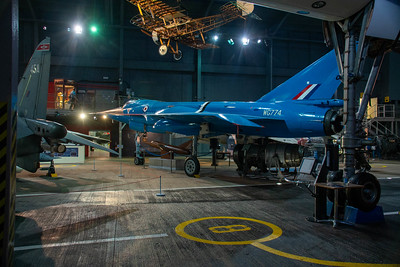 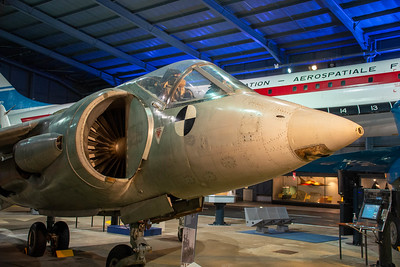 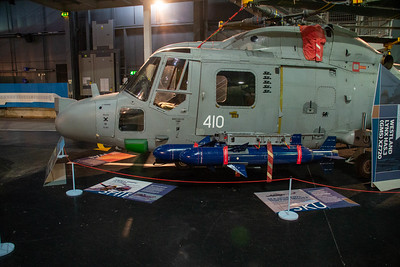 The Fleet Air Arm  was formed in 1924 as an organisational unit of the Royal Air Force which was then operating the aircraft embarked on RN ships – the Royal Naval Air Service having been merged with the British Army's Royal Flying Corps in 1918, to form the Royal Air Force – and did not come under the direct control of the Admiralty until mid-1939. During the Second World War, the Fleet Air Arm operated aircraft on ships as well as land-based aircraft that defended the Royal Navy's shore establishments and facilities.