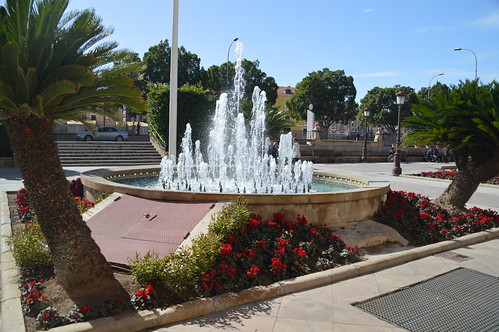 The Glorieta, which lies on the banks of the Segura River, has traditionally been the center of the town. It is a pleasant, landscaped city square that was constructed during the 18th century. The ayuntamiento (city hall) of Murcia is located in this square. 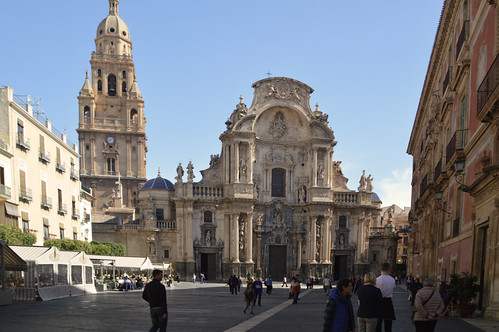 The Cathedral of Murcia was built between 1394 and 1465 in the Castilian Gothic style. Its tower was completed in 1792 and shows a blend of architectural styles. The first two stories were built in the Renaissance style (1521?1546), while the third is Baroque. The bell pavilion exhibits both Rococo and Neoclassical influences. The main façade (1736?1754) is considered a masterpiece of the Spanish Baroque style. 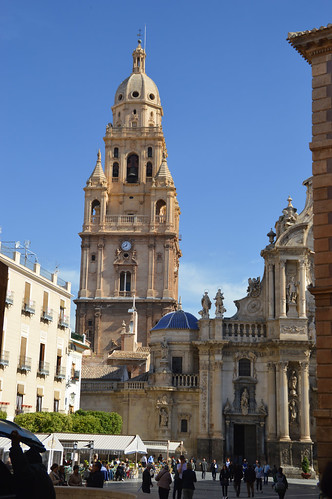 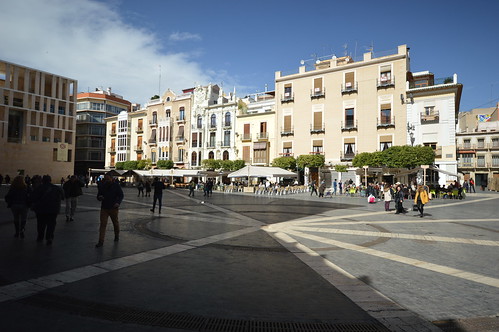 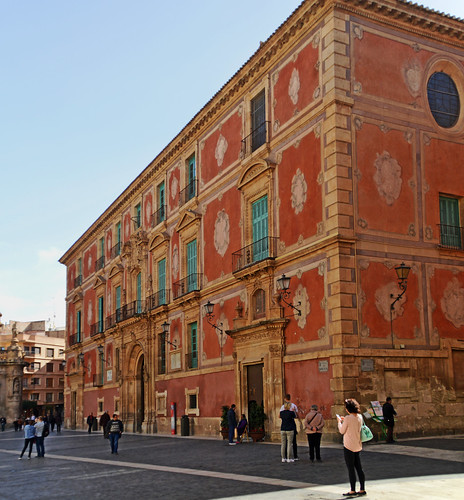 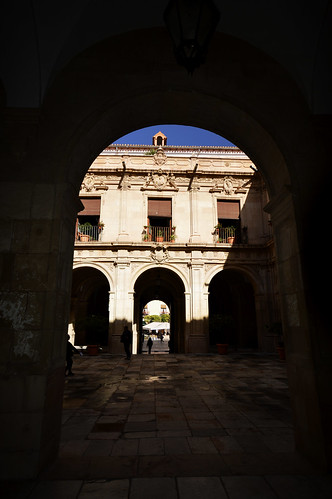 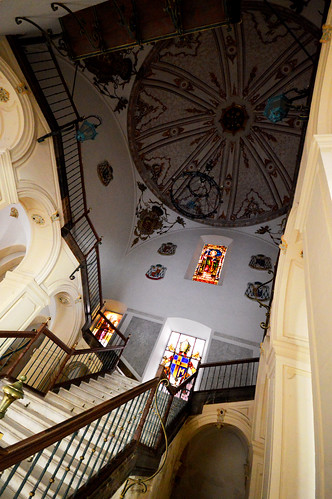 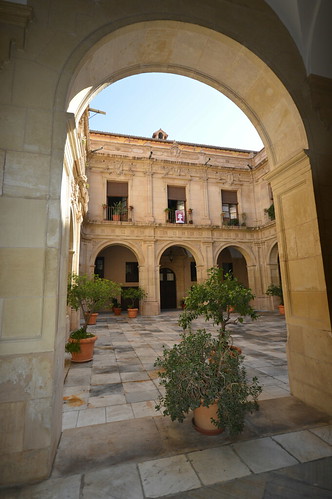 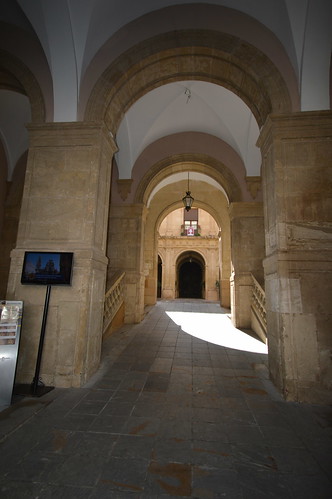 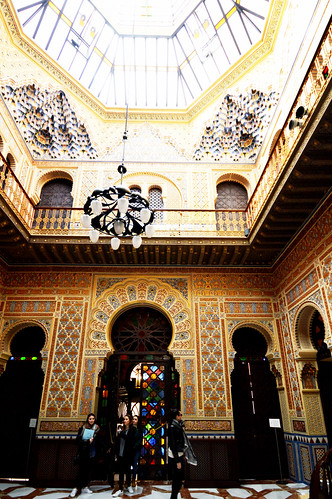 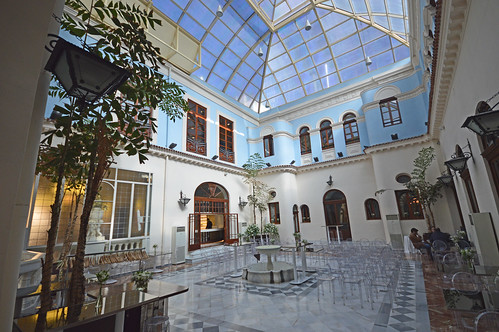 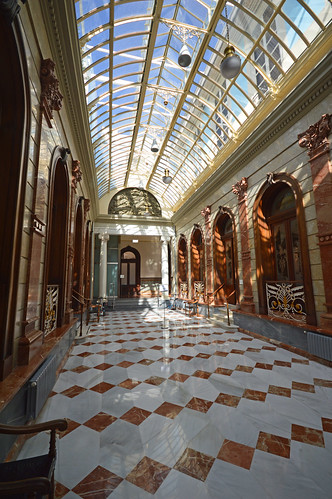 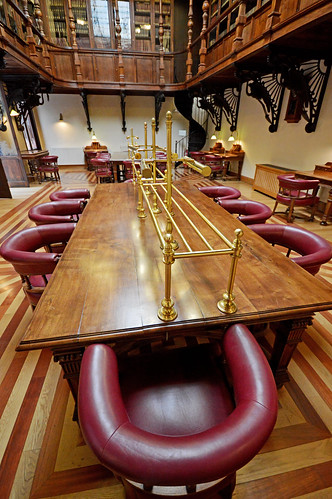 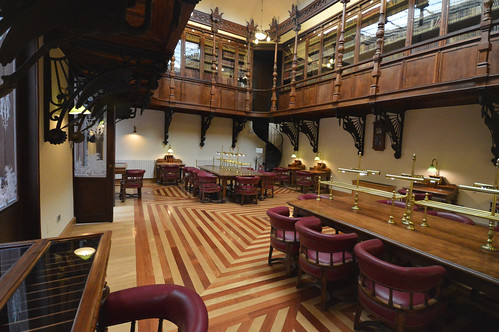 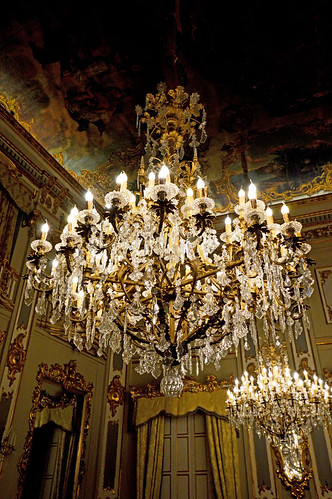 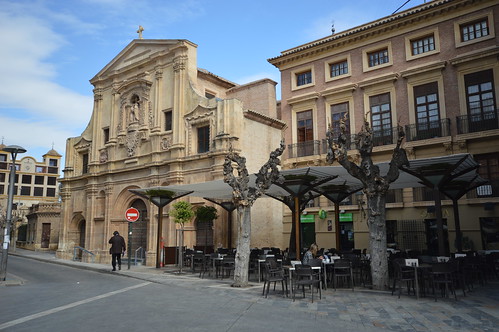 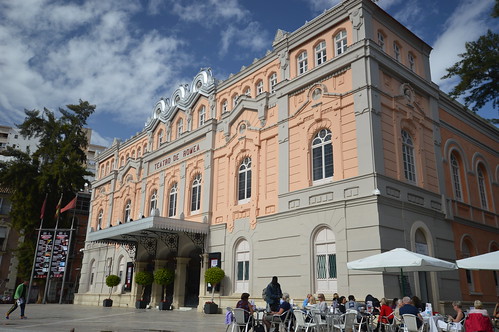 Murcia was founded by the emir of Cordoba Abd ar-Rahman II in 825. Nowadays, it is mainly a services city and a university town. Highlights for visitors include the Cathedral of Murcia and a number of baroque buildings, renowned local cuisine, Holy Week procession works of art by the famous Murcian sculptor Francisco Salzillo, and the Fiestas de Primavera (Spring Festival).

The city, as the capital of the comarca Huerta de Murcia is called Europe's orchard due to its long agricultural tradition and its fruit, vegetable, and flower production and exports. Many of the UK supermarkets own farms out here for the production of fresh and frozen produce.

It is widely believed that Murcia's name is derived from the Latin words of Myrtea or Murtea, meaning land of Myrtle (the plant is known to grow in the general area), although it may also be a derivation of the word Murtia, which would mean Murtius Village (Murtius was a common Roman name). Other research suggests that it may owe its name to the Latin Murtae (Mulberry), which covered the regional landscape for many centuries. The Latin name eventually changed into the Arabic Mursiya, and then, Murcia.

The city in its present location was founded with the name Madinat Mursiyah (city of Murcia) in AD 825 by Abd ar-Rahman II, who was then the emir of C?rdoba. Umayyad planners, taking advantage of the course of the river Segura, created a complex network of irrigation channels that made the town's agricultural existence prosperous. In the 12th century the traveler and writer Muhammad al-Idrisi described the city of Murcia as populous and strongly fortified. After the fall of the Caliphate of Cordoba in 1031, Murcia passed under the successive rules of the powers seated variously at Almer?a, Toledo and Seville. After the fall of Almoravide empire, Muhammad Ibn Mardanis made Murcia the capital of an independent kingdom. At this time, Murcia was a very prosperous city, famous for its ceramics, exported to Italian towns, as well as for silk and paper industries, the first in Europe. The coinage of Murcia was considered as model in all the continent. The mystic Ibn Arabi (1165?1240)[2] and the poet Ibn al-Jinan (d.1214) were born in Murcia during this period.

In 1172 Murcia was conquered by the north African based Almohades, the last Muslim empire to rule southern Spain, and as the forces of the Christian Reconquista gained the upper hand, was the capital of a small Muslim emirate from 1223 to 1243. By the treaty of Alcaraz, in 1243, the Christian king Ferdinand III of Castile made Murcia a protectorate, getting access to the Mediterranean sea while Murcia was protected against Granada and Aragon. The Christian population of the town became the majority as immigrants poured in from almost all parts of the Iberian Peninsula. Christian immigration was encouraged with the goal of establishing a loyal Christian base. These measures led to the Muslim population revolt in 1264, which was quelled by James I of Aragon in 1266, bringing Aragonese and Catalan immigrants with him.