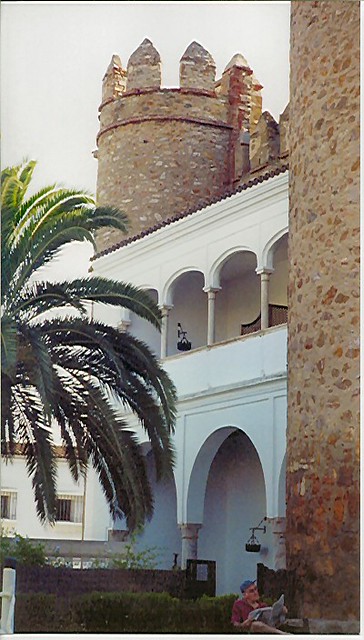 This hotel is in fact an old castle and is a wonderful place to stay and explore the area. Both Caceres and Merida are easily reached and make a good day out and then you can return to the romance and history of your own castle for the night!

The Parador is on the list of 10 things to do in Zafra on the Lonely Planet website. Other suggestions would be:

Extremadura, which was an impoverished region of Spain whose difficult conditions pushed many of its ambitious young men to seek their fortunes overseas, was the source of many of the initial Spanish conquerors (conquistadores) and settlers in America:

and many towns and cities in North and South America carry names from their homeland. Examples include Mérida is the name of the administrative capital of Extremadura, and also of important cities in Mexico and Venezuela; Medellín is now a little town in Extremadura, but also the name of the second largest city in Colombia; Albuquerque is the largest city in New Mexico and its name is due to a transcription mistake of Alburquerque, another town in Extremadura.

King Ferdinand II of Aragon died in the village of Madrigalejo, Cáceres, in 1516. 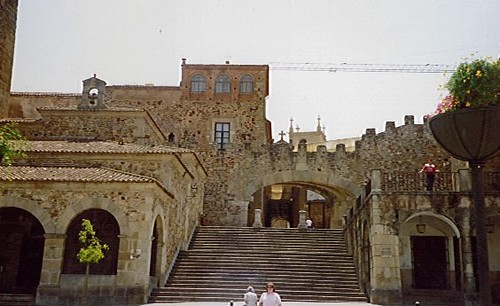 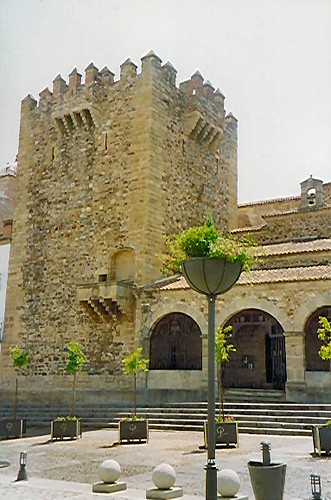 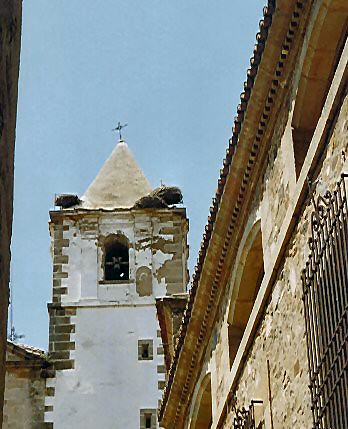 There have been settlements near Cáceres since prehistoric times. Evidence of this can be found in the caves of Maltravieso and El Conejar. The city was founded by the Romans in 25 BC. The Old Town (Parte Antigua) still has its ancient walls; this part of town is also well known for its multitude of storks' nests. The walls contain a medieval town setting with no outward signs of modernity, which is why many television shows and films have been shot there. The Universidad de Extremadura, and two astronomical observatories are situated in Cáceres. The city is also a seat of the Roman Catholic Diocese of Coria-Cáceres. Cáceres was declared a World Heritage City by UNESCO in 1986 because of the city's blend of Roman, Moorish, Northern Gothic and Italian Renaissance architecture. Thirty towers from the Islamic period still stand in Cáceres, of which the Torre del Bujaco is the most famous. 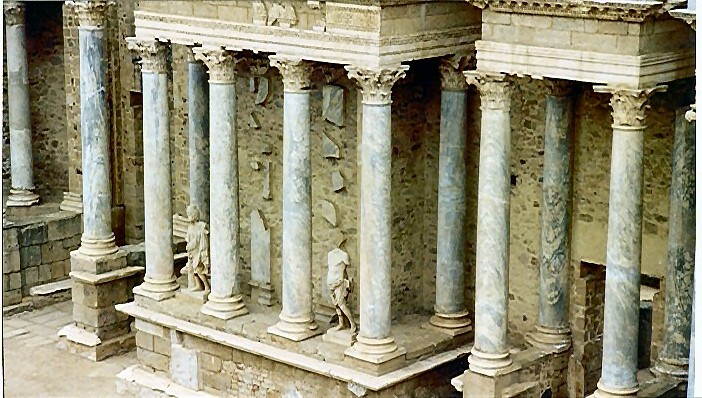 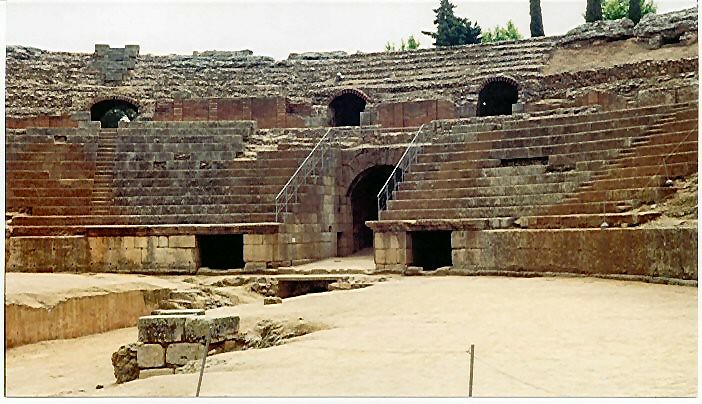 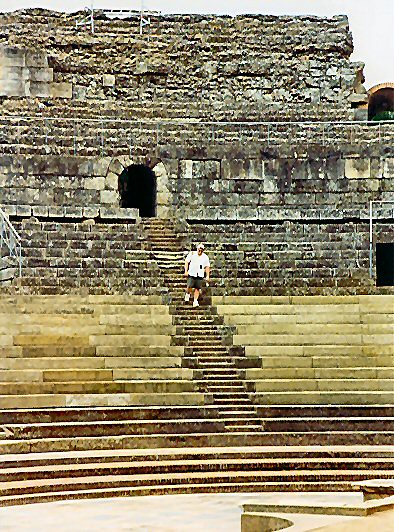 Mérida has been populated since prehistoric times as demonstrated by a prestigious hoard of gold jewellery that was excavated from a girl's grave in 1870. Consisting of two penannular bracelets, an armlet and a chain of six spiral wire rings, it is now preserved at the British Museum.

The town was founded in 25 BC, with the name of Emerita Augusta (meaning the veterans − discharged soldiers − of the army of Augustus, who founded the city; the name Mérida is an evolution of this) by order of Emperor Augustus, to protect a pass and a bridge over the Guadiana river. Emerita Augusta was one of the ends of the Vía de la Plata (Silver Way), a strategic Roman Route between the gold mines around Asturica Augusta and the most important Roman city in the Iberian Peninsula. The city became the capital of Lusitania province, and one of the most important cities in the Roman empire. Mérida preserves more important ancient Roman monuments than any other city in Spain, including a triumphal arch and a theatre.

The Amphitheatre of Mérida (Spanish: Anfiteatro de Mérida) is a ruined Roman amphitheatre situated in the Roman colony of Emerita Augusta, present-day Mérida, in Spain. The city itself, Emerita Augusta, was founded in 25 BC by Augustus, to resettle emeritus soldiers discharged from the Roman army from two veteran legions of the Cantabrian Wars (the Legio V Alaudae and Legio X Gemina). The amphitheatre itself was completed in 8 BC. The term emeritus refers to the soldiers, all of whom had been honorably discharged from service. The city became the capital of the Roman province of Lusitania. 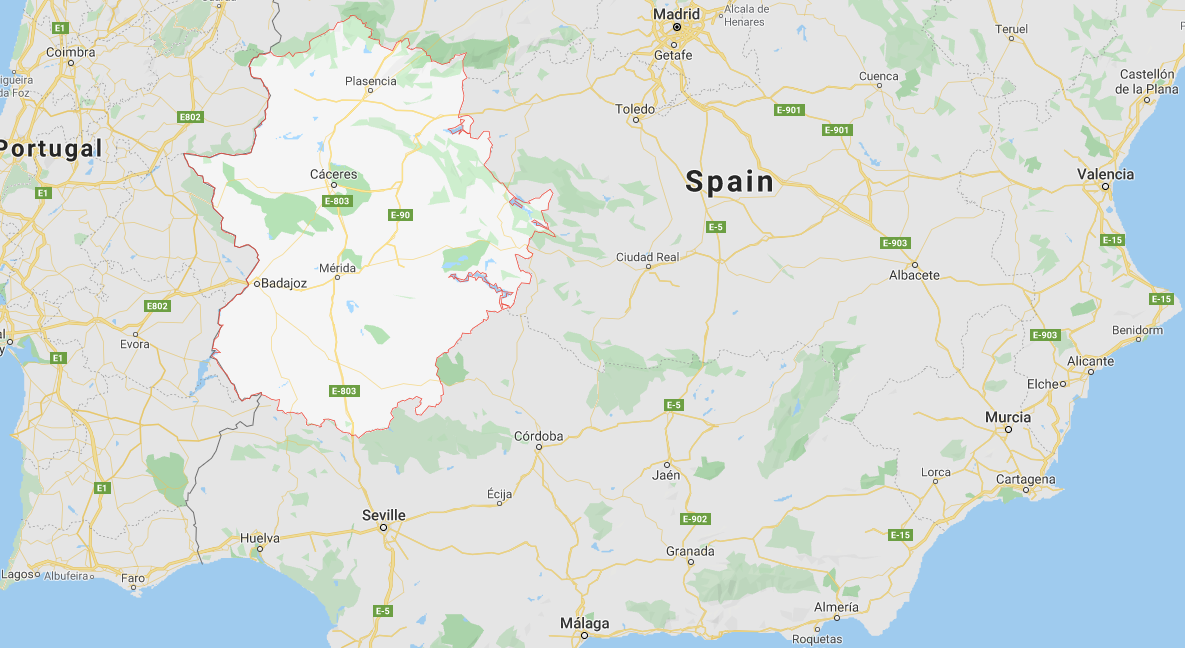