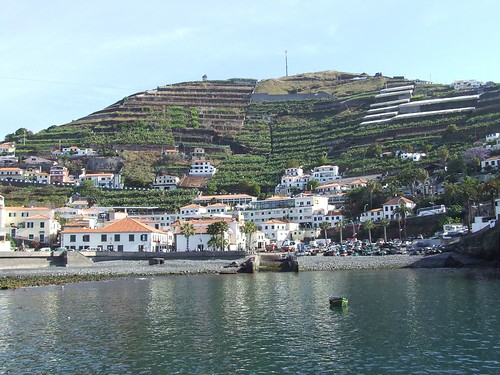 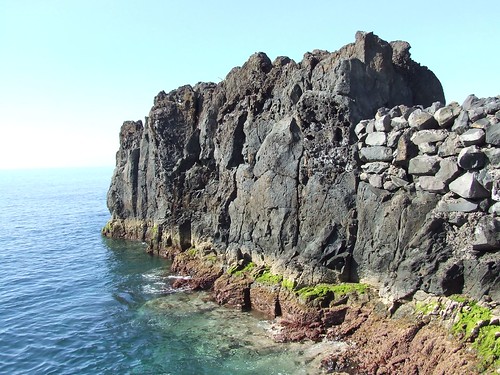 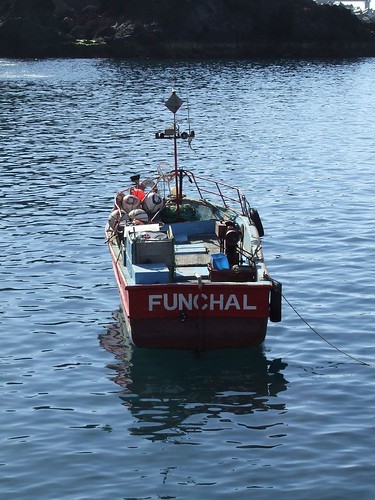 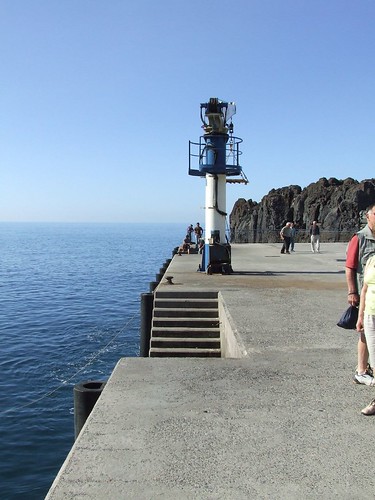 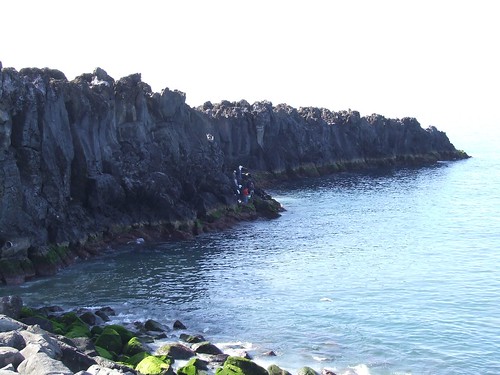 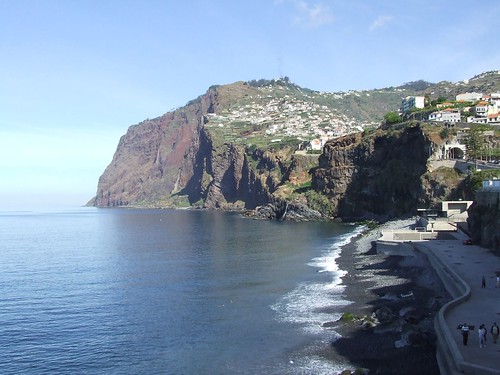 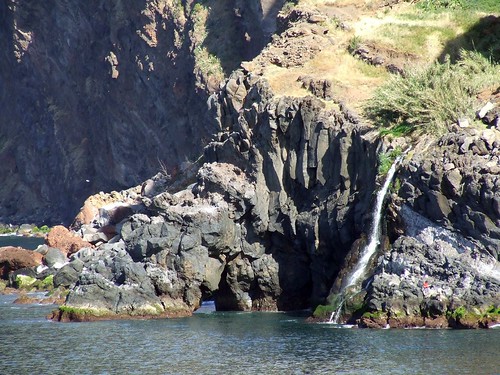 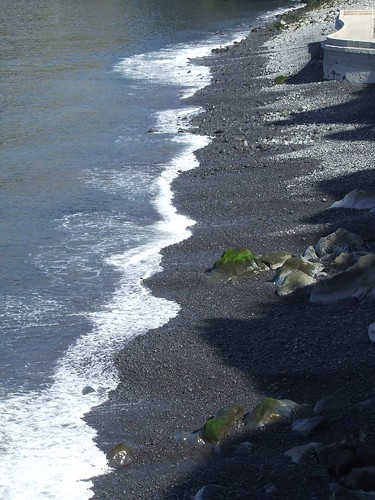 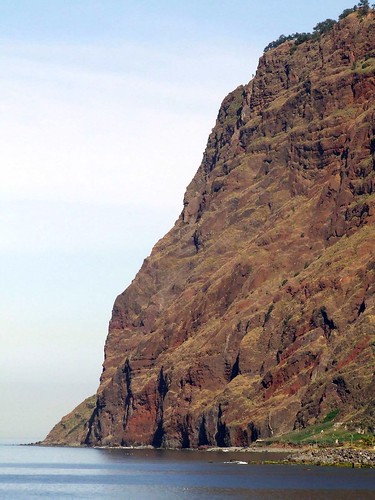 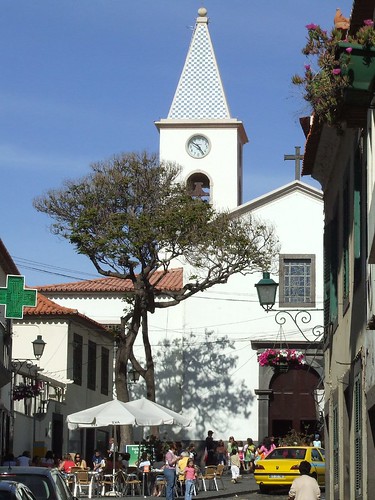 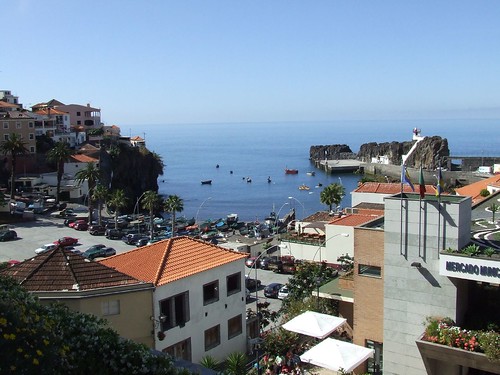 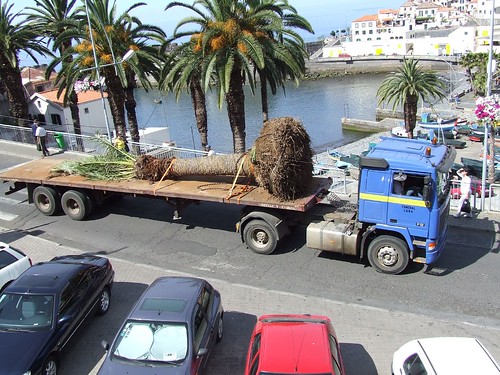 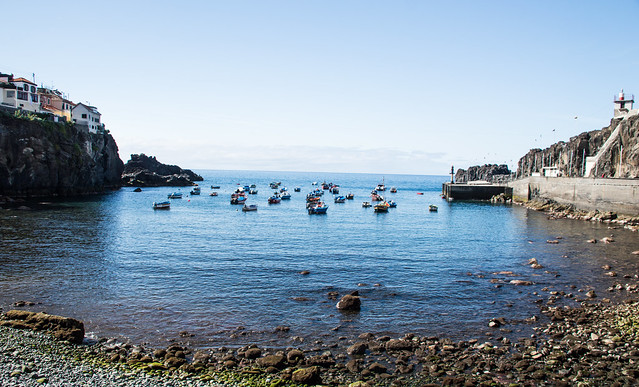 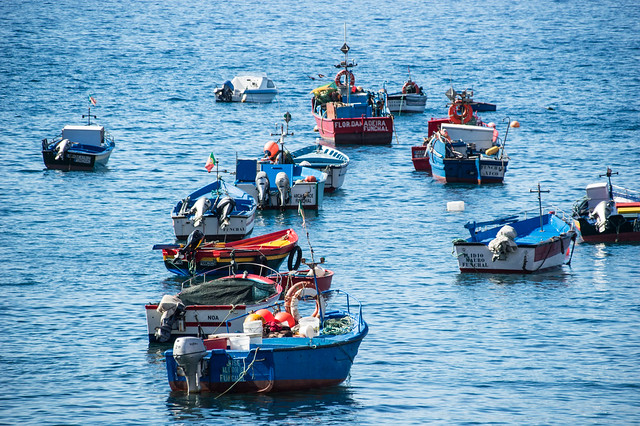 Fishing Boats In The Harbour 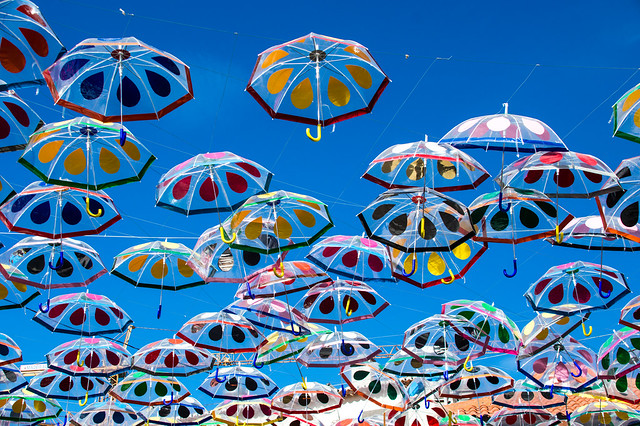 A Sky Full Of Umbrellas 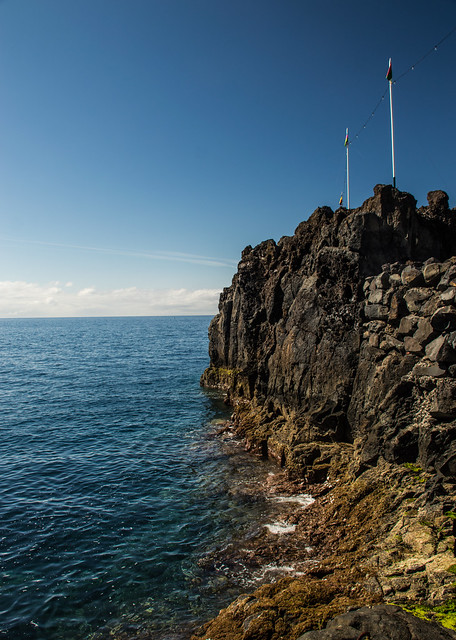 At The End Of The Harbour 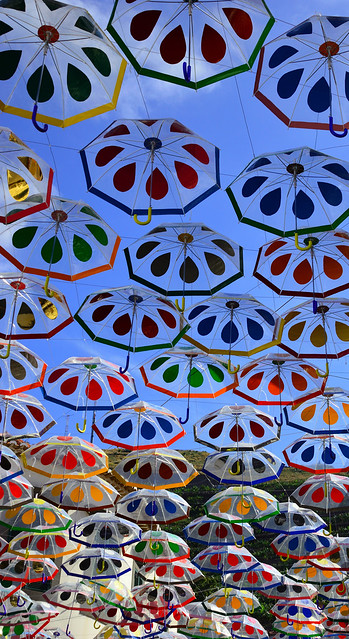 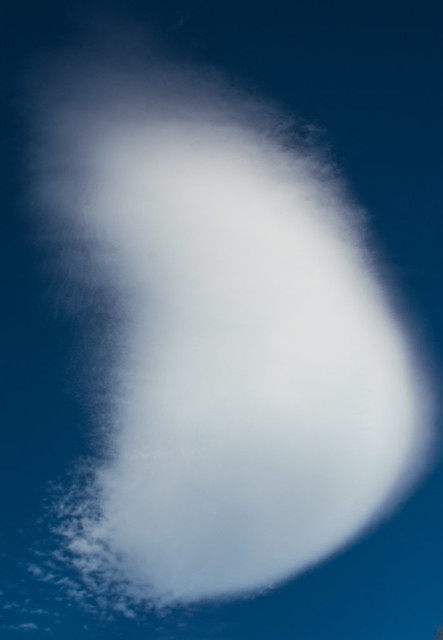 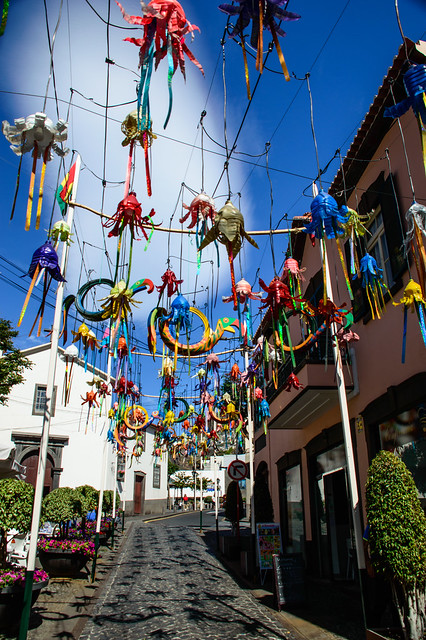 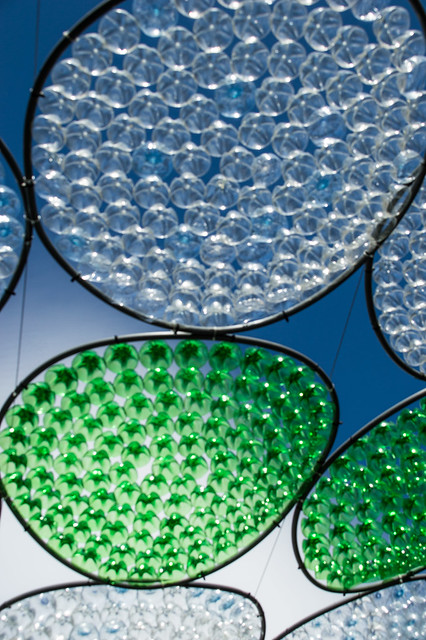 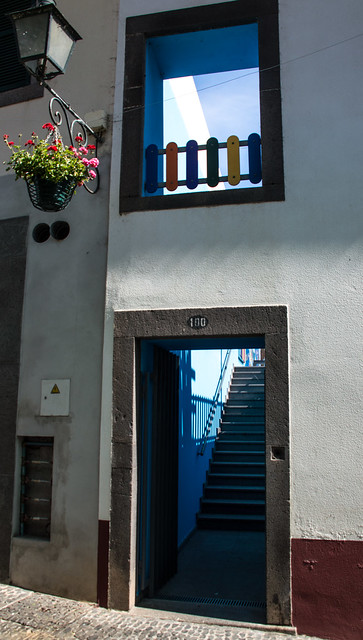 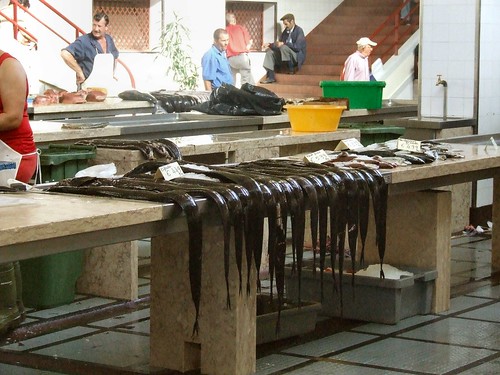 The location of the modern town is believed to be the original landing point for the Portuguese discoverer Jo?o Gon?alves Zarco, who is credited with the discovery of the Madeira Islands. When the explorer disembarked in this area (1419), he observed a narrow rocky peninsula that extended into the ocean, and another nearby that formed an amphitheatre-like harbour that could shelter ships from Atlantic storms. There, Zarco and his men also found a large colony of Sea-Lions that would become the reason for naming this area Camara de Lobos (chamber of the sealions).

The name, lobos, is a Portuguese derivation for sea-lions (Portuguese: lobos-marinhos), which were the animals discovered by Zarco and his men in the sheltered bay. Because of the large colony of these animals, the area was christened camara dos lobos. Today, the species of monk seals are rare, being an animal common to the Mediterranean, but today confined to a small colony on the Desertas Islands.