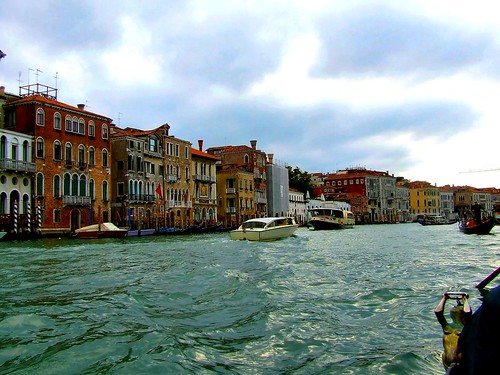 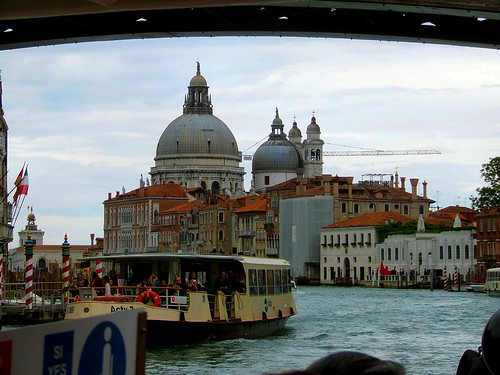 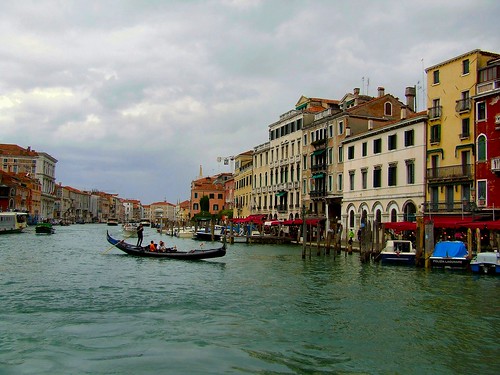 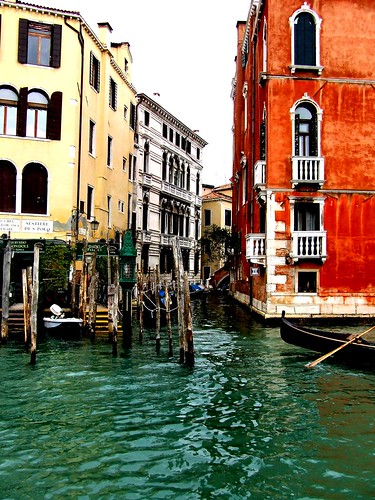 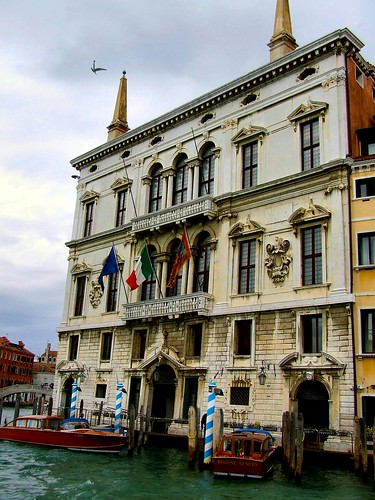 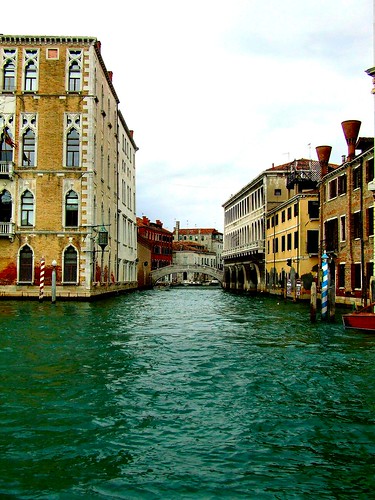 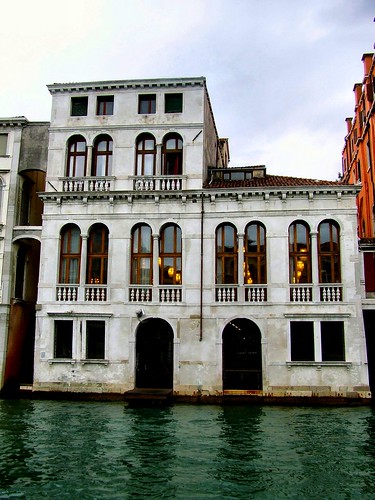 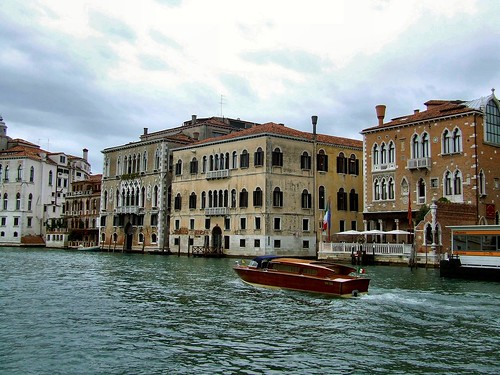 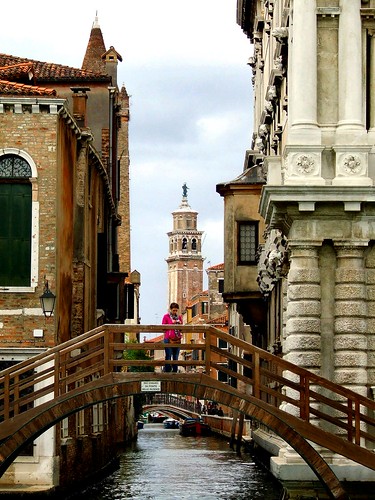 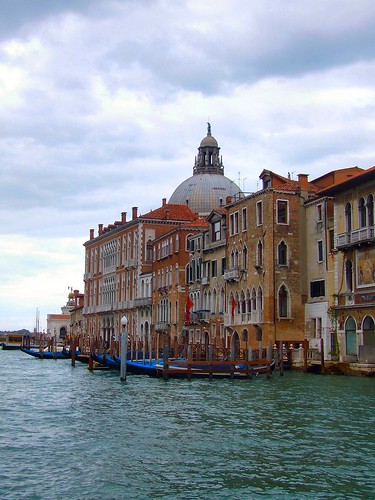 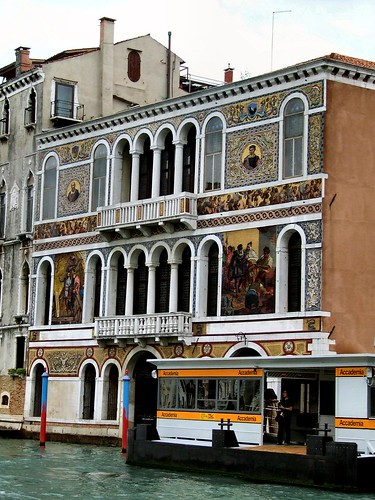 The Grand Canal forms one of the major water-traffic corridors in the city. Public transport is provided by water buses (Italian: vaporetti; Venetian: vaporeti) and private water taxis. As well, many tourists explore the canal by gondola.

One end of the canal leads into the lagoon near the Santa Lucia railway station and the other end leads into the basin at San Marco; in between, it makes a large reverse-S shape through the central districts (sestieri) of Venice. It is 3.8 km long, and 30 to 90 m wide, with an average depth of five meters (16.5 ft).

The banks of the Grand Canal are lined with more than 170 buildings, most of which date from the 13th to the 18th century, and demonstrate the welfare and art created by the Republic of Venice. The noble Venetian families faced huge expenses to show off their richness in suitable palazzos; this contest reveals the citizens? pride and the deep bond with the lagoon. Amongst the many are the Palazzi Barbaro, Ca' Rezzonico, Ca' d'Oro, Palazzo Dario, Ca' Foscari, Palazzo Barbarigo and to Palazzo Venier dei Leoni, housing the Peggy Guggenheim Collection. The churches along the canal include the basilica of Santa Maria della Salute. Centuries-old traditions, such as the Historical Regatta (it), are perpetuated every year along the Canal.

Because most of the city's traffic goes along the Canal rather than across it, only one bridge crossed the canal until the 19th century, the Rialto Bridge. There are currently three more bridges, the Ponte degli Scalzi, the Ponte dell'Accademia, and the controversial Ponte della Costituzione from 2008, designed by Santiago Calatrava, connecting the train station to Piazzale Roma, one of the few places in Venice where buses and cars can enter. Most of the palaces emerge from water without pavement. Consequently, one can only tour past the fronts of the buildings on the grand canal by boat.

Along the Canal, the number of "fondaco" houses increased, buildings combining the warehouse and the merchant's residence.

A portico (the curia) covers the bank and facilitates the ships' unloading. From the portico a corridor flanked by storerooms reaches a posterior courtyard. Similarly, on the first floor a loggia as large as the portico illuminates the hall into which open the merchant's rooms. The fa?ade is thereby divided into an airy central part and two more solid sides. A low mezzanine with offices divides the two floors.

The fondaco house often had lateral defensive towers (torreselle), as in the Fondaco dei Turchi (13th century, heavily restored in the 19th). With the German warehouse, the Fondaco dei Tedeschi (which is also situated on the Grand Canal), it reflects the high number of foreign merchants working in Venice, where the republic supplied them with storerooms and lodging and simultaneously controlled their trading activity.

More public buildings were built along the Canal at Rialto: palaces for commercial and financial Benches (Palazzo dei Camerlenghi and Palazzo dei Dieci Savi, rebuilt after 1514 fire) and a mint. In 1181 Nicol? Barattieri constructed a pontoon bridge connecting Rialto to Mercerie area, which was later replaced by a wooden bridge with shops on it. Warehouses for flour and salt were more peripheral. 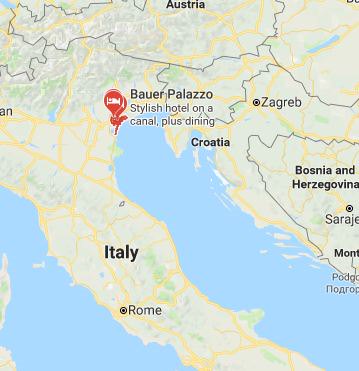