When work began on the Parthenon in 447 BC, the Athenian Empire was at the height of its power. Work on the temple continued until 432; the Parthenon, then, represents the tangible and visible efflorescence of Athenian imperial power, unencumbered by the depradations of the Peloponnesian War. Likewise, it symbolizes the power and influence of the Athenian politician, Perikles, who championed its construction. 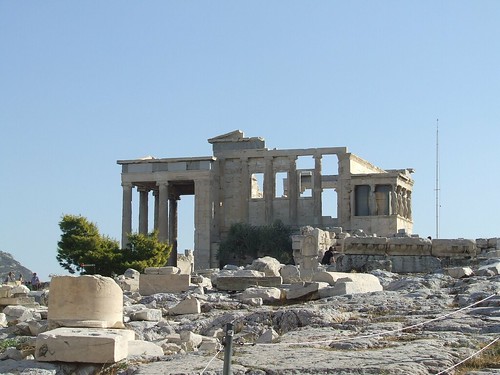 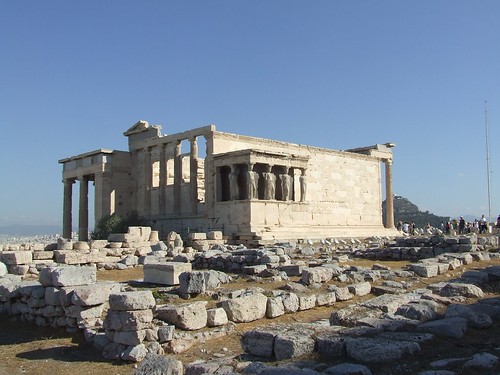 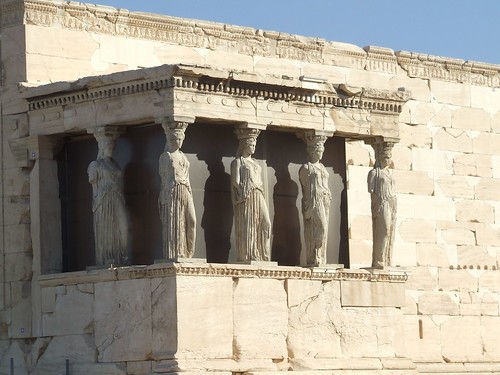 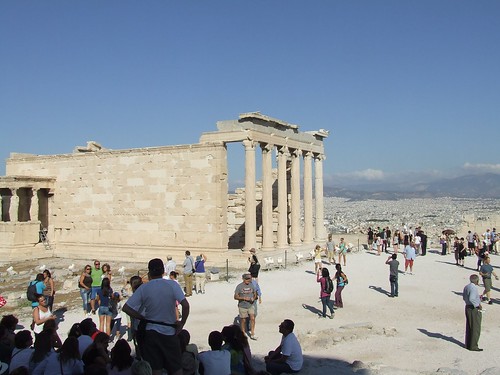 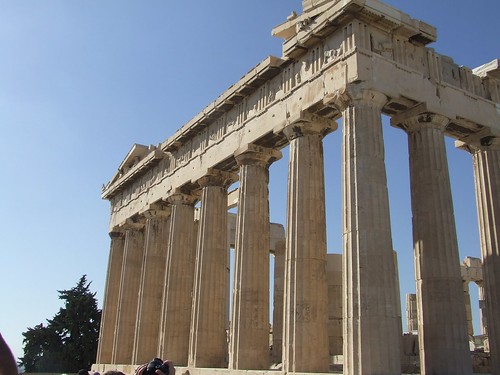 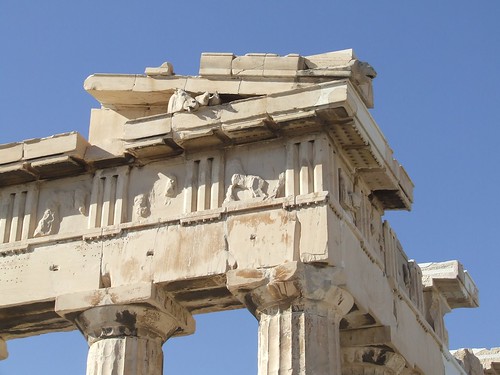 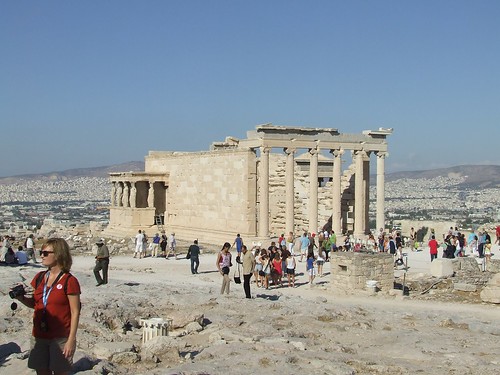 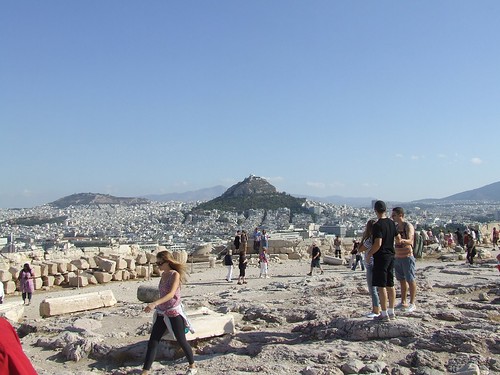 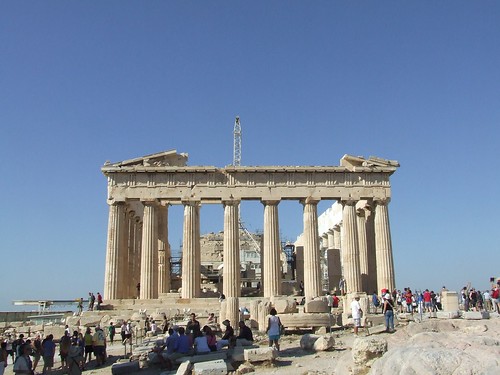 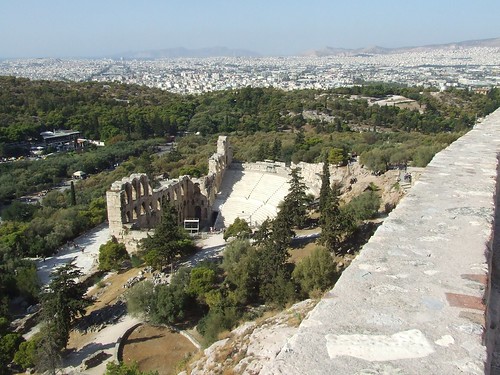 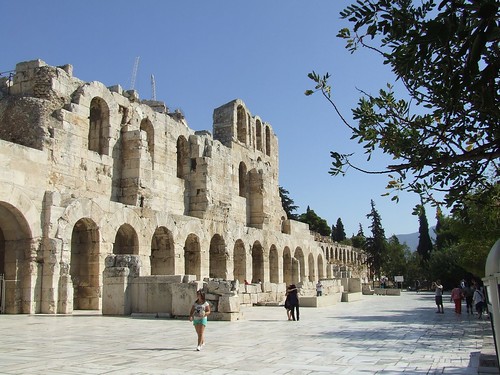 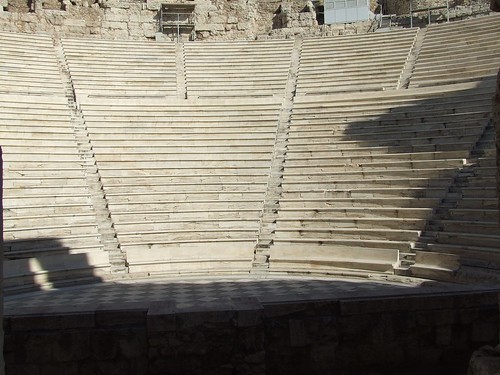 The Odeon of Herodes Atticus - known as the "Herodeon" - is situated on the southern slopes of the Acropolis. 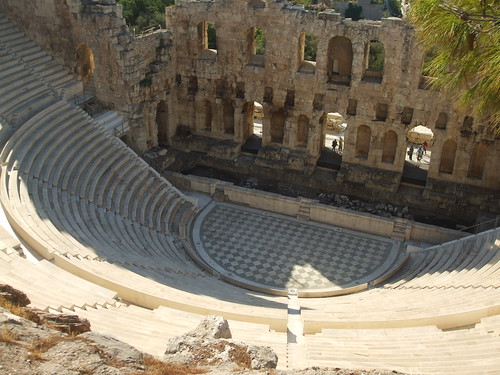 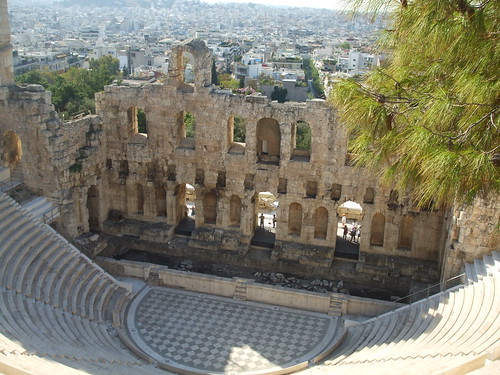 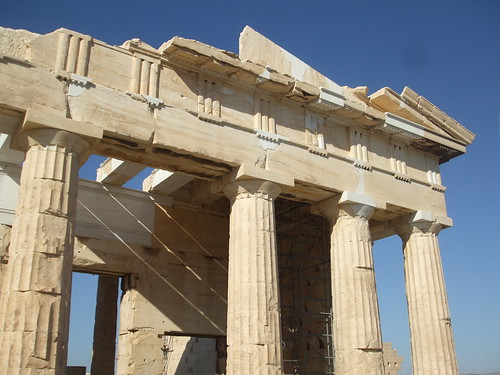 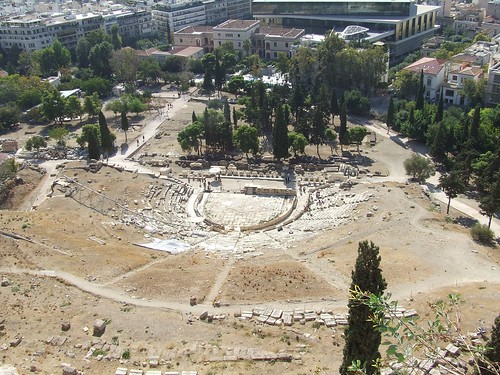 The Theatre of Dionysus

For the Greeks in ancient Athens, the Theatre of Dionysus was a very important part of their lives. Today it is considered to be the place where European theatre had its beginnings. 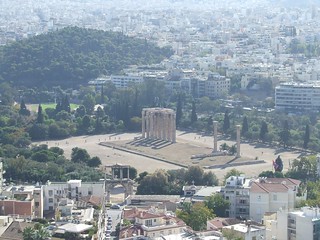 The Temple of Olympian Zeus (Olympeion) was an enormous structure, the largest temple in Greece, exceeding even the Parthenon in size. Work began on this vast edifice in 515 BCE during the reign of the tyrant Peisistratos, who initiated the building work to gain public favor. Although there were several attempts over many years to finish the temple, it was not completed until 132 CE by the Emperor Hadrian. In the Hellenistic and Roman periods it was the largest temple in Greece.

It was originally a natural hollow part of the ground between the two hills of Agra and Ardettos, over Ilissos river. It was transformed into a stadium by Lykourgos in 330-329 BC for the athletic competitions of the Great Panathinaea Festivities. Between 140 and 144 AD, Herodes Atticus restored the Stadium, giving it the form that was found at the 1870 excavation: the horseshoe construction with a track 204,07 meters long and 33,35 meters wide. It is believed that the Stadium had a seating capacity of 50.000 people. 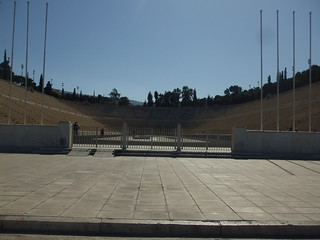 The triumphal arch lies on an ancient street that led from the old city of Athens to the new, Roman section, built by Hadrian. It was constructed by the Athenians in A.D. 131, in honor of their benefactor emperor. Two inscriptions are carved on the architrave, one on each side: the first, on the side towards the Acropolis reads "This is Athens, the ancient city of Theseus"; the second, on the other side, facing the new city reads "This is the city of Hadrian and not of Theseus". 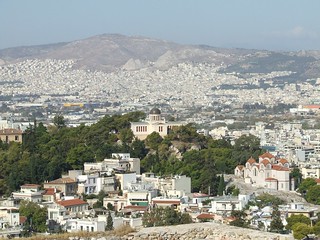 At Thisseion, on the hill of the Nymphs, a neoclassical building of the 19th century houses the first Observatory that was founded in Greece and in the Balkans. The building, which was erected in 1842 by the Danish architect Theophile Hansen with the financial aid of Georgios Sinas, is a cross-in-square building, which has an exposure to all four points of the horizon. 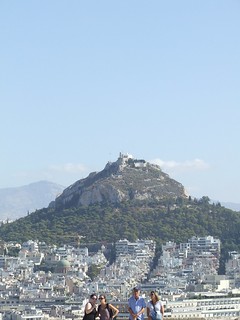 Lycabettus Hill is really a limestone rock reaching almost 1,000 feet into the once-crystalline Athenian sky. In the evening, the top half is floodlit, and from the Acropolis it looks something like a giant souffle. By day, it's a green-and-white hill toppoed by a tiny, flaringly white church, Agios Georgios

Athens is the capital and largest city of Greece. Athens dominates the Attica region and is one of the world's oldest cities, with its recorded history spanning over 3,400 years[4] and its earliest human presence starting somewhere between the 11th and 7th millennium BC.

Athens is home to two UNESCO World Heritage Sites, the Acropolis of Athens and the medieval Daphni Monastery. Landmarks of the modern era, dating back to the establishment of Athens as the capital of the independent Greek state in 1834, include the Hellenic Parliament and the so-called "architectural trilogy of Athens", consisting of the National Library of Greece, the National and Kapodistrian University of Athens and the Academy of Athens. Athens is also home to several museums and cultural institutions, such as the National Archeological Museum, featuring the world's largest collection of ancient Greek antiquities, the Acropolis Museum, the Museum of Cycladic Art, the Benaki Museum and the Byzantine and Christian Museum. Athens was the host city of the first modern-day Olympic Games in 1896, and 108 years later it welcomed home the 2004 Summer Olympics. 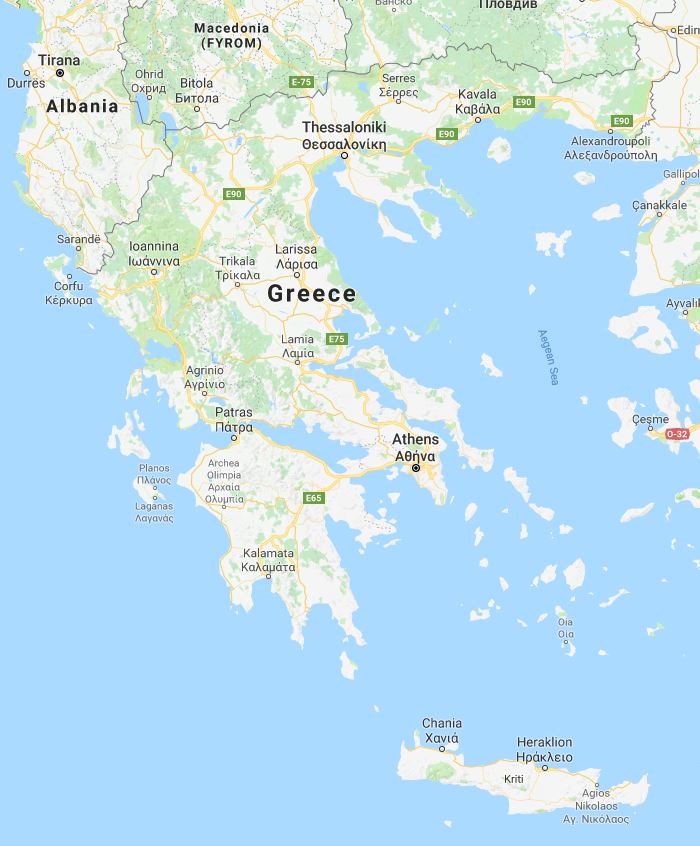